Sikh techie brutally attacked in alleged hate crime in US 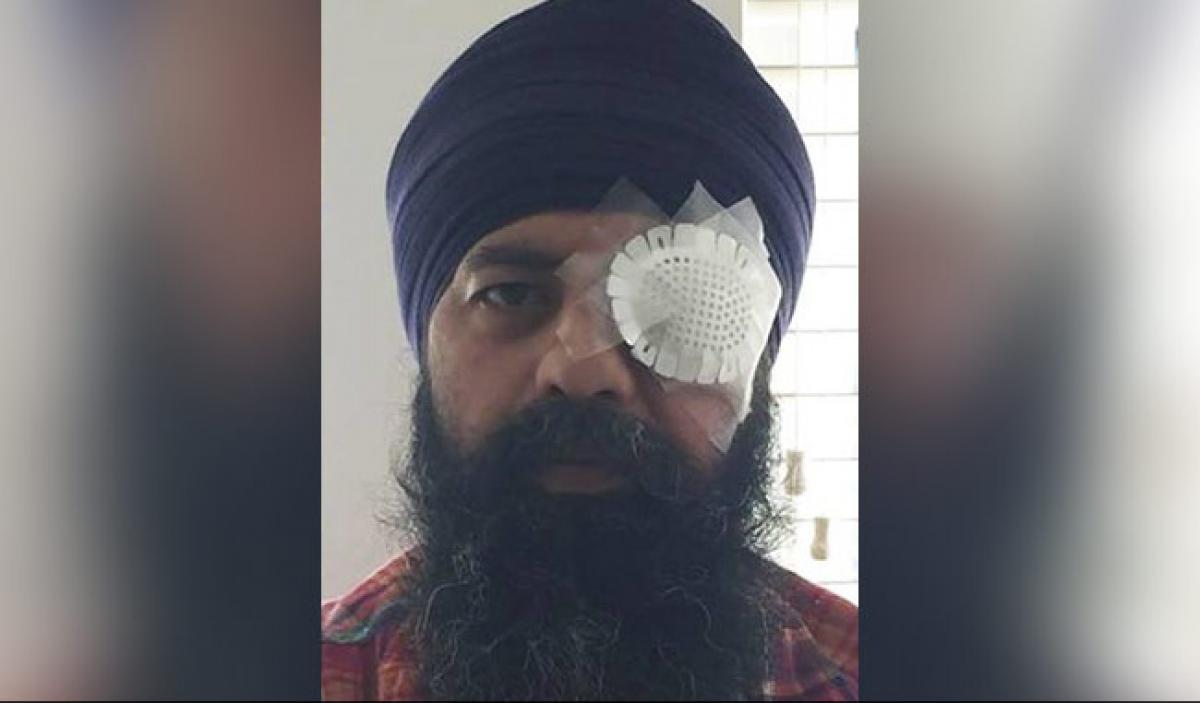 Cut his f*****g hair, yelled a group of men before brutally attacking a Sikh American, knocking off his turban and cutting his unshorn hair with a...

​New York: "Cut his f*****g hair," yelled a group of men before brutally attacking a Sikh American, knocking off his turban and cutting his unshorn hair with a knife.

Maan Singh Khalsa, 41, an IT professional in California, was driving home on the night of September 25 when a group of men in car threw a beer can at his vehicle. Shouting that his hair be cut off, the men pulled his head out of the window, and cut a fistful of his hair with a knife, alleged Khalsa.

The incident later prompted a civil rights organisation to demand a hate crime investigation into the incident.

"Khalsa drove away from the scene but the men followed him and assaulted him through his open car window, knocking off his Sikh turban and hitting his face repeatedly," according to a statement from The Sikh Coalition, the nation's largest Sikh civil rights organisation.

Khalsa said there were "five to six white males in their late 20s to early 30s" who abused him and three of them then attacked him physically.

Khalsa sustained injuries to his fingers, hands, eye and teeth.

The Sikh Coalition has written to the Richmond Police Department and the Contra Costa County District Attorney's Office on behalf of Khalsa, urging authorities to conduct a hate crime investigation and prosecution in the case.

"The attackers caused physical injuries and deep harm when they targeted my Sikh faith," Khalsa said in a press statement released by the Sikh Coalition.

"I urge a thorough investigation so we can address the tide of violence and bigotry in this country."

"The purpose of a hate crime investigation and prosecution is to ensure that our government and communities accurately account for the problem of bias in our society," Kaur said.

The Sikh Coalition said that in the 15 years that have followed 9/11, Sikhs remain hundreds of times more likely to be targeted in cases of profiling, bigotry and backlash than the average American.

"We need to acknowledge hatred so that we commit the resources necessary to stem bias-based violence," Kaur said.