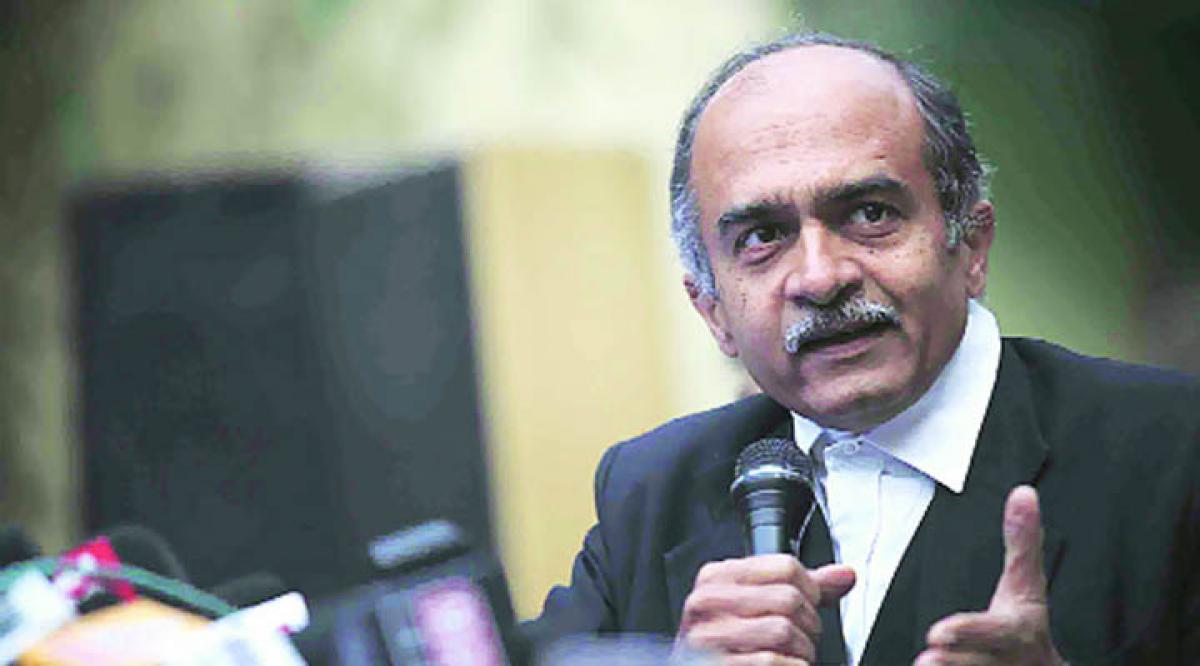 Senior advocate Prashant Bhushan on Saturday dubbed the Jan Lokpal Bill passed by the Delhi Assembly as \'maha- jokepal\', saying it lacks transparency and seems more of a government bill with the power in the hands of the politicians.

Senior advocate Prashant Bhushan on Saturday dubbed the Jan Lokpal Bill passed by the Delhi Assembly as 'maha- jokepal', saying it lacks transparency and seems more of a government bill with the power in the hands of the politicians.

Bhushan, who was part of the India Against Corruption (IAC) movement, reiterated his allegation that the current Jan Lokpal Bill was not the same as drafted during Anna Hazare-led anti-corruption movement.
"During the movement against corruption, we had said that there should be an independent and empowered Lokpal. We had also drafted a Jan Lokpal Bill (back then). Now, the Lokpal Bill which has been approved, even after two amendments, is completely different from what it was before," Bhushan told ANI.
"This Lokpal is a government bill. The appointment of Lokpal is in the hands of politicians because three members of the selection committee are going to be politicians and another, who will be an eminent person, will also be selected by the government. And then there will be two judges. So, four out of six members are in the hands of politicians," he added.
Bhushan further said it is now evident that the party, which was born to curb corruption, has gone against its principles.
"There is also no transparency in the process to remove them. There is no transparency in the functioning of the Lokpal. Despite all this they are propagating lies that it is the same Lokpal Bill," he added.
The Delhi Assembly yesterday passed the anti-corruption legislation Jan Lokpal Bill. The Bill was introduced in the Assembly on Monday.
Expressing his delight with the move, Delhi Chief Minister Arvind Kejriwal has urged the BJP-led NDA Government to pass a similar legislation at the Centre.
The Bill provides for an ombudsman with powers to act against any government functionary, including those at the Centre, in the national capital.
According to the Bill, the Lokpal will have to complete the investigation within a period of six months and assets accumulated through corrupt means will be confiscated.
Show Full Article
Email ArticlePrint Article
More On