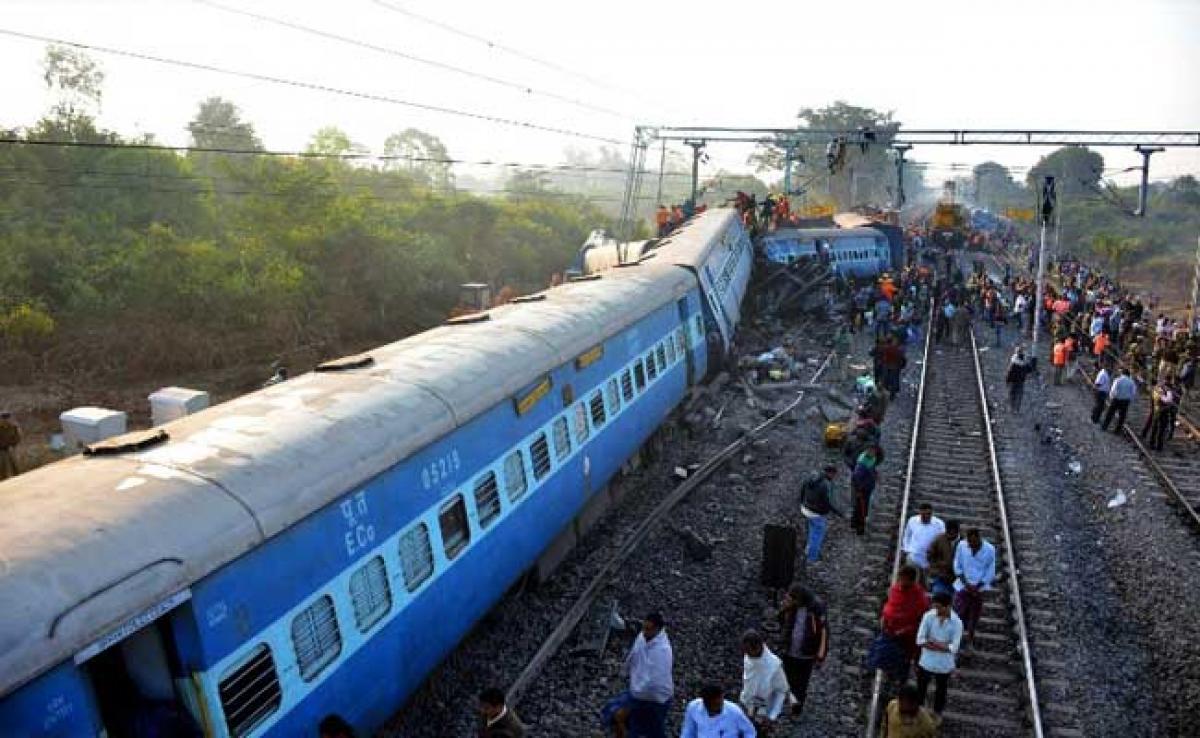 Odisha Police today ruled out involvement of Maoists in the derailment of the Hirakhand Express in which the railways is suspecting sabotage.

Odisha Police today ruled out involvement of Maoists in the derailment of the Hirakhand Express in which the railways is suspecting sabotage.

"There is no indication of Maoist hand behind the derailment of the Jagdalpur-Bhubaneswar Express," Odisha senior police officer KB Singh said after meeting Odisha's Chief Minister Naveen Patnaik.

His remarks come in the backdrop of railway sources suspecting tampering of the track as the area is known to be a Naxal-prone zone.

A senior officer engaged in anti-Maoist operation rejected the possibility of Naxal involvement in the accident.

"We totally reject any possibility of Maoist involvement in the derailment. Kuneru is not a Naxal-hit area," the officer of the intelligence wing told Press Trust of India.

The derailment took place at around 11 PM yesterday near Kuneru station in when the train was on its way to Bhubaneswar from Jagdalpur.

"There is no movement of red rebels near the accident site for the last five years. We are even planning to shift the force from the area as there is no report of Naxal movement since a long time," the officer said.

Had Maoists been involved, they could have done it close to Parvathipuram area, he said and asked why should they come to a place where they have no base?

"Yes, the place was Naxal hit about five years ago. But, now the area is totally free of such elements," he said.