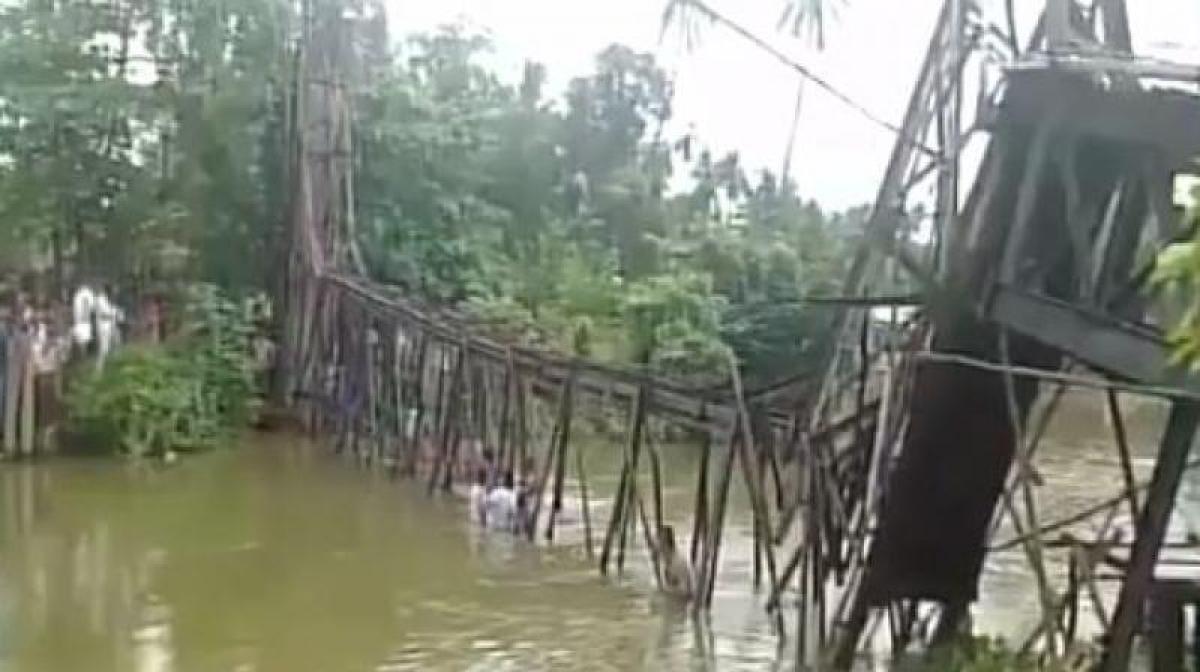 All the injured were admitted to a nearby government hospital, police said.

A 55-year-old woman was killed and more than 30 injured, when a foot overbridge across a canal collapsed at Chavara near Kollam, on Monday, the police said.

The bridge was located inside the state-run Kerala Minerals and Metals Limited (KMML) complex.The deceased Shyamala, an employee of KMML, died after the iron bridge fell into the canal, they said.

All the injured were admitted to a nearby government hospital, police said.