Will implement NRC across India after 2019 polls, says OP Mathur 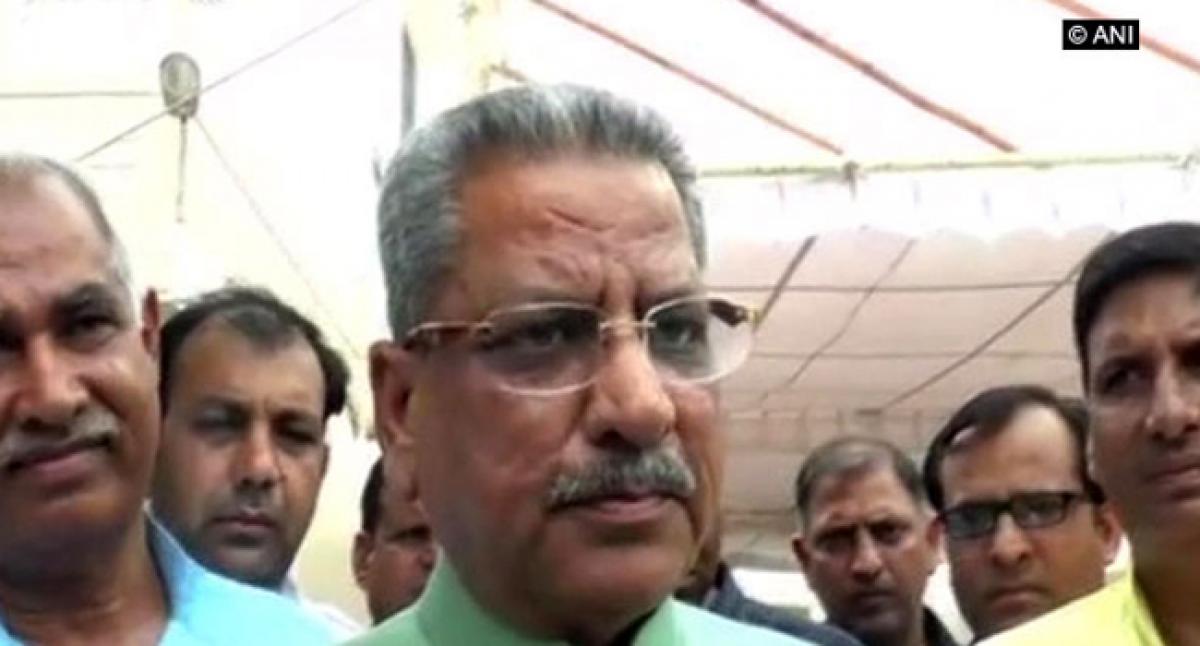 Jhunjhunu (Rajasthan) : Bharatiya Janata Party (BJP) MP OP Mathur on Monday said that the National Register of Citizens (NRC) draft, which has been executed only in Assam under the Supreme Court's direction, would be implemented across the country after 2019 Lok Sabha elections. Mathur assured that no Indian citizen would be made to leave the country over the NRC list.

Expressing confidence that the BJP would return to power in 2019 elections and NRC would be implemented throughout the country, Mathur said, "We will win in 2019. NRC has now been executed only in Assam under the Supreme Court's direction, but we will implement it across the country." He further added, "We won't let the nation turn into a 'Dharmshala'. Infiltrators will be ousted legally. No Indian citizen will be thrown out."

His statement comes few days after Prime Minister Narendra Modi, in an interview to ANI, assured that no Indian citizen would be left out, and those excluded would be given all possible opportunities to get their concerns addressed, as per the due process.

The second NRC draft list was released on July 30 that included the names of 2.89 crore people out of 3.29 crore applicants in Assam. However, nearly four million people were missing from the list, which triggered panic among those excluded. Soon after the draft was released, the Opposition cried foul and called the list "politically motivated", despite appeals against politicisation of the issue.