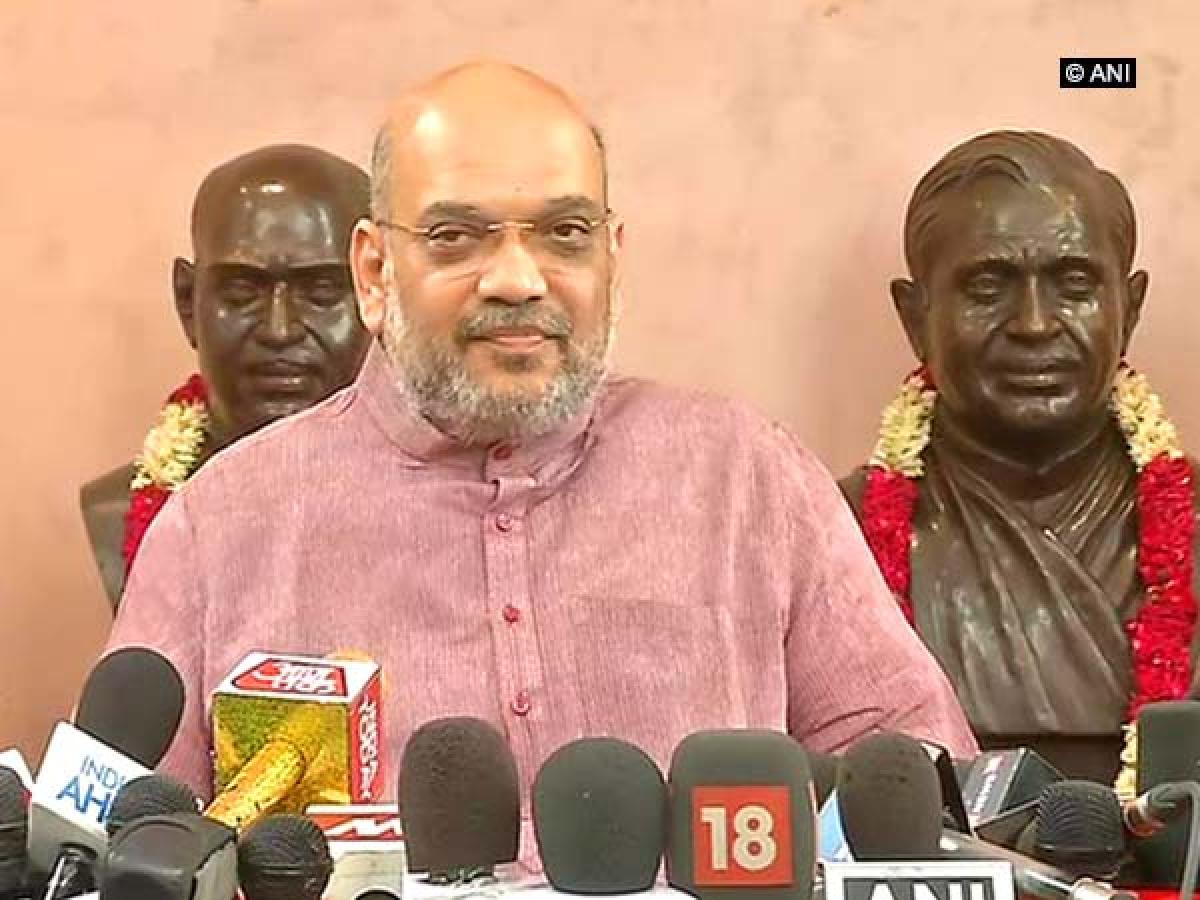 Addressing the media, the Shah said, "September 16 will mark the completion of one month death anniversary of late Vajpayee ji. The BJP units across the nation have decided to organise poetry recitation programme named 'Kavyanjali' to honour former prime minister Atal Bihari Vajpayee. The poems written by Atal ji will be recited and the recording of the same will also be played for the people. A 'Kavi Sammelan' will also be held and the poems written on Atal ji will be recited."

Shah further took the occasion to inform that Prime Minister Narendra Modi's birthday week will be observed as 'Sewa Saptah'.

"Every year, the BJP workers celebrate the birthday of Prime Minister Narendra Modi as 'sewa divas' (day of service). But this year there will be a week long programme from September 17 to 25. The workers will observe 'Sewa Saptah' (Week of Service)," he said.

"During the programme, medical camps will be set up at various places to help people," Shah stated. He also added that the party workers will also launch a cleanliness drive in their localities.