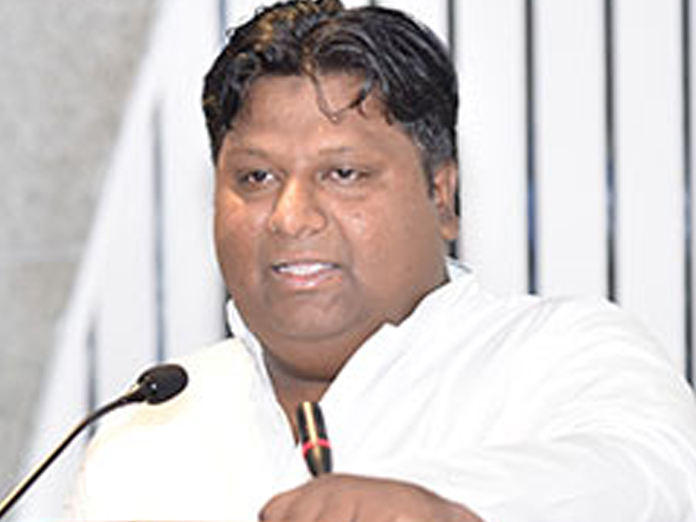 New Delhi: Delhi Environment Minister Imran Hussain on Tuesday ordered suspension of two forest officers for their alleged failure to protect forest land from encroachment after he made a surprise inspection of the forest ridge near Chattarpur Enclave.

Later in a tweet, Delhi Chief Minister Arvind Kejriwal said the government is committed to eliminating ‘mafias’, who he alleged, were functioning in collusion with the BJP and the Congress governments.

During inspection, large chunk of ridge and forest land was found under encroachment and illegal occupation of private persons, the Delhi government said in a statement.

Some of the recently-built structures on the ridge land were also noticed by the Minister. The Minister directed Forest Department to remove the encroachment at once and free the encroached land, the statement said, adding a bulldozer was called and immediately pressed into service.

The encroachment on ridge land was demolished by removing the illegal structures and large chunk of land was reclaimed by the government during the inspection by the Minister.

“Hussain said that while the government is making every effort to provide clean and fresh air to its citizens, certain vested interests are indulging in illegally occupying forest areas apparently in collusion with officers or officials and thus causing irreparable damage to the eco-system of Delhi,” the statement said.

“He ordered suspension of two Forest Range Officers for their failure to protect forest land and initiate action against the encroachers,” the statement added.

The Minister also directed the Principal Chief Conservator of Forest to seek explanation of the concerned officers who failed to detect and prevent such large-scale encroachment of forest and ridge land and initiate departmental action against the guilty, the statement said.

The Principal Chief Conservator of Forest was also directed to ensure that the land which was vacated from encroachment at the time of inspection is immediately fenced so that it is not usurped again.

The Minister also directed that all the encroached forest land be evicted expeditiously, in time bound manner and action may be taken against the trespassers.

The Minister also directed that FIR (First Investigation Report) should be lodged by Forest Department against all the encroachers and trespassers for initiation of action as per law, including for violation of relevant environment and forest laws.

The Minister said similar surprise inspections will be carried out in other forest areas to check proper conservation and protection of forest land. Kejriwal in his tweet said, "The government is working towards eliminating mafias from every sector.

Now Delhi has an honest government. The mafias were functioning in collusion with BJP and Congress governments." The minister was accompanied by local MLA Kartar Singh Tanwar, Principal Chief Conservator of Forest, Delhi and other senior officers of the Environment and Forest Department.