BJP MLAs marshalled out of House for pro-Modi slogans 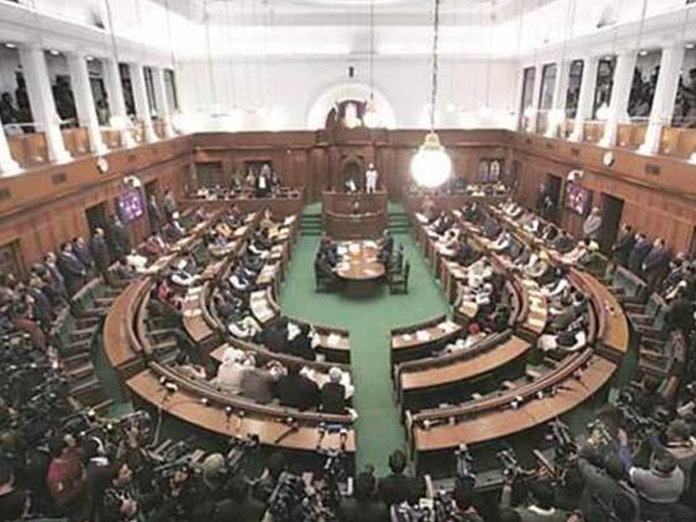 New Delhi: BJP MLAs were marshalled out of Delhi Assembly on Tuesday for chanting pro-Modi slogans instead of hailing the Indian Air Force which carried out pre-dawn air strikes on terror camps in Pakistan.

Goel was however, accused by the opposition parties of not giving time to laud the strikes.

Leader of the opposition in Delhi assembly, Vijender Gupta, claimed that he had proposed congratulating the IAF in a resolution but it was opposed by the Aam Aadmi Party (AAP).

“The entire country is proud of the air strikes carried out but it is unfortunate that we were not allowed to congratulate them in Delhi Assembly and instead marshalled out,” he said in a tweet.

India struck Jaish-e-Mohammed's (JeM) biggest camp in Pakistan early on Tuesday in a major “preemptive” action killing a large number of terrorists and trainers of the Pak-based terror group preparing to carry out suicide attacks in this country.