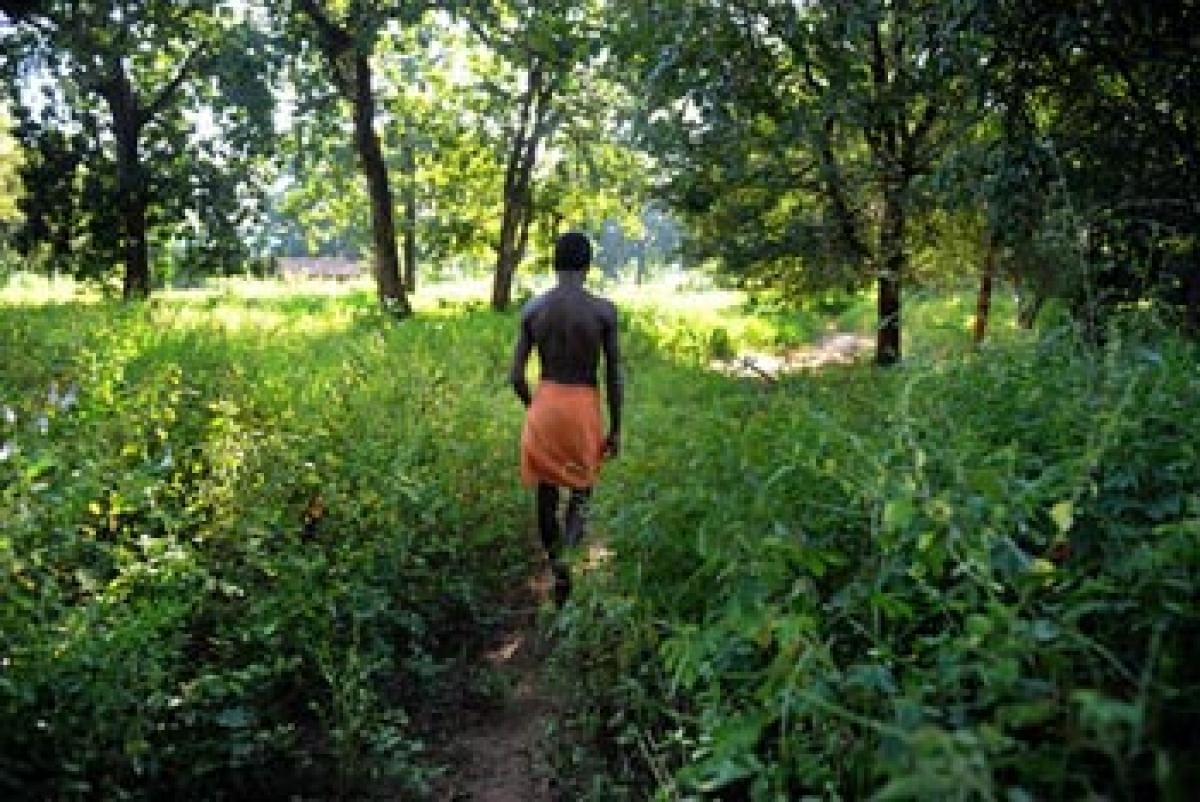 The forest rights ensured under the Recognition of Forest Rights Act 2006 (FRA) to undo historic injustice to adivasis are denied due to indifference of officials in both Telangana and Andhra Pradesh States.

The forest rights ensured under the Recognition of Forest Rights Act 2006 (FRA) to undo historic injustice to adivasis are denied due to indifference of officials in both Telangana and Andhra Pradesh States. Several orders issued from time to time by the Ministry of Tribal Affairs (MoTA), GOI, for effective implementation of the FRA are virtually ignored.

The colonial forest bureaucracy is overstepping the functions of other departments and hampering the process of forest land justice to adivasis. Of the total 1,50,345 claims in relation to 3.36 lakh acres, only 83,874 claims were allowed. About 15,540 claims covering forest land of 32,850 acres were unjustly rejected on the pretext that the claimed land is located in the Vansa Samrakshana Samithi (VSS) area and 10,963 claims (26,758 acres) were junked on the pretext that the land was not classified as forest land or was out of reserved forests.

These exclusions are contradictory to the SC clarification in the case of Godavarman (1997) that forest land includes not only the classified forests but also other forests which would include revenue, private or community forests The status of forest land claims of adivasis in the scheduled area of East Godavari district shows that 812 forest land claims covering 3,165 acres were rejected on the ground that there was no record of cultivation.

In fact, the term ‘self cultivation’ under 12A (8) of the FRA Rules includes not only cultivation but also a host of other ancillary or allied activities of agriculture. Irony is that the failure on the part of officials has also become a ground for rejection of forest land claims of adivasi in the agency areas. For instance, about 1,020 forest land claims of tribals covering 3,726 acres were rejected on a ridiculous ground that no verification report of field staff was available.

Throwing the provisions of FRA to the winds, the Ministry of Forests and Environment (MoE&F), Govt of India, gave a final clearance in 2010 for diversion of 3,731 hectares of forest lands for the Polavaram Project in clear violation of the FRA on a false assurance of the Government of AP that no forest rights need to be settled in the project area under the FRA. This clearance is also against the rule of mandatory approval of the Gram Sabhas for the diversion of forest lands to non-forest purposes.

The apex court dealing with a mining case of Orissa Mining Corporation held in 2013 that the consent of Gram Sabha is mandatory for diversion of forests land for the projects. The MoTA directed withdrawal of the community forest land titles granted to 1,669 VSSs over 9.48 lakhs of acres, considering them to be illegal under the FRA. But no steps were taken yet by these governments to annul the titles granted to VSSs instead of community.

Both the Telugu State governments are running parallel bodies like VSSs or Committees under the Bio Diversity Act to the legally recognised body Gram Sabha which is the nucleus for the management of community forest resources. Girijan Cooperative Corporation is still exercising monopoly over minor forest produce against the provisions of FRA and infringing the ensured community forest rights of adivasis.

Whimsical functioning of forest bureaucracy is best illustrated by their role in implementation of FRA in Khammam district. The District Level Committee cleared the 456 eligible claims for 1,499 acres in Khammam district. However, the Divisional Forest Officer, Palvoncha, and the DFO, Wildlife Management, had refused to sign on the approved title deeds of 191,saying that they had instructions from higher-ups not to sign on forest land claims under the FRA.

An attempt by tribal welfare officials in Khammam for conversion of 102 VSS claims to Gram Sabhas on community forest resources was also foiled by the forest officials, citing instructions of Principal Chief Conservator of Forests (file No 27554/TG/ October 2015) not to entertain fresh claims under the FRA.

Community forest resources within village boundaries are very potential and estimated at 25,96,732 hectares in Telangana and Andhra Pradesh as per the preliminary assessment report of Vasundhara, an NGO working in Odisha. Thus, there is a need to decolonise Indian forests by empowering the forest dwelling communities and adivasis through decentralised and democratised forest governance which is their right.