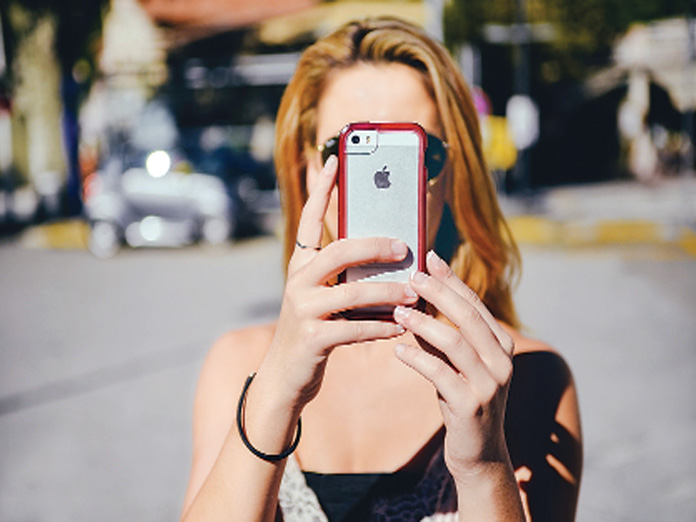 The advent of smartphones has not only strewn the social media but also popularised relative new blend of words Nomophobia is one such new word made...

The advent of smartphones has not only strewn the social media but also popularised relative new blend of words. Nomophobia is one such new word made up of syllables “no mobile phone phobia”. The term was coined in 2010 in the course of a study by the UK Post Office, which appointed YouGov, a research organisation. The study was envisioned to look at the anxieties haunted by mobile phone users.

There is an alarming rate of increase in people suffering from nomophobia — especially the youth. The people are not even aware of the fact that they are the victims of such an obsession. In simple words, nomophobia is nothing but a growing irrational fear among the people — the fear of being without a mobile phone, or beyond mobile phone interaction.

Nomophobia exposes two essential features — first: the feelings of anxiety or distress that people experience when they do not have mobile phones; second: the degree of dependence on smartphones to complete even simple tasks and needs such as staying connected with people to get informed.

Without a doubt, nomophobia is far afield in both developed and third-world nations for the reason that smartphones have increasingly become the tool being used to steer and systematise our daily lives. For each and everything i.e. from scheduling tasks to getting directions while driving; and from communicating with people to getting assistance that we need, we have become pure dependents of the smartphone.

This dependence has important psychological concerns. The captioned study by the UK Post Office found that about 58 per cent of men and 47 per cent of women suffer from nomophobia. Furthermore, 9 per cent of people feel stressed when their mobile phones are off. This fact has been reiterated by the Psychology Today magazine.

In the recent times, on September 14, 2018, the Chief of Air Staff, Air Chief Marshall B.S. Dhanoa, has berated that everybody appears to be spending long hours on social media, late in the nights. According to him most flight briefings, sometimes, are held as early as 6 am and pilots who attend the briefings haven’t had enough sleep. In this background, he said that spending long hours in the night on social media is leading to IAF pilots being sleep deprived.

The impact of smartphones on sleep patterns is a topic of great attention, given the adverse effects of sleep deprivation on health that adds to many workplace calamities. If certain calamities are limited to self, many others would affect others. The smartphone effect resulting in sleep deprivation is not only limited to professionals but also teenagers. The youngsters are losing sleep because of the long hours of spending on a smartphone during the nights.

In a sense, nomophobia and sleep disorders are interrelated. The recent development of smartphone applications seems to unavoidably increase the users’ attachment. It has become so — because — the technology and related services have become progressively customised and made to order. Both, nomophobia and the resulting sleep disorders, suggests the very fact that users should be mindful — not to become excessively dependent on smartphones while benefiting from the elegance of the technology.

According to a senior author Dr Jean-Philippe Chaput of the Children’s Hospital of Eastern Ontario Research Institute, sleep is an essential component of healthy development and an important contributor to physical and mental health. Even so, insufficient sleep has become prevalent among adolescents over the last few decades.

They say, “Too much of anything is good for nothing!” For this, smartphone access for longer hours is not an exception. The contemporary world situation is changing the way smartphones are being used. A recent study exposes the fact that 65 per cent of people sleep with their handsets next to them on the bed. Furthermore, more than 50 per cent of people admitted that they never switch off their phones. These results clearly indicate that people are ready to skip a meal but cannot stay without a smartphone in their hands, even for a while.

A range of studies has explored links between high mobile phone dependency and diminished sleep quality, depression, lower rates of socialisation in teenagers. Besides, there is an irrational fear, within the people, of being without a mobile phone — nomophobia! This problem, of course, has self-discipline as the only remedy!