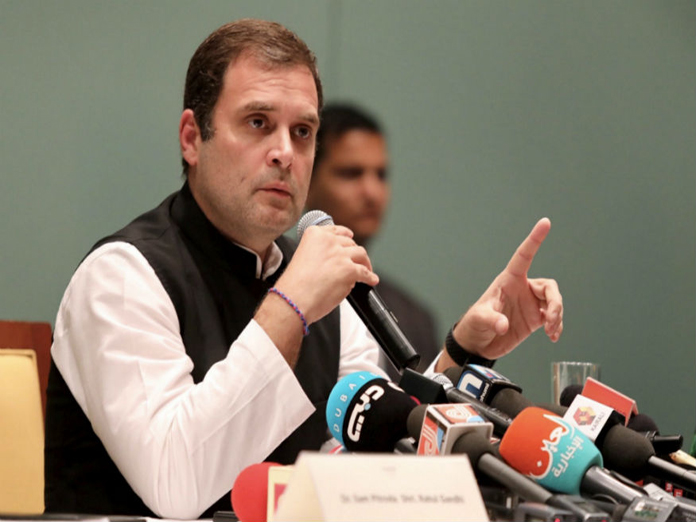 He says India neither had the kind of fiscal space, nor the kind of complete data needed to implement the scheme. Kumar also opposed the idea of Universal Basic Income, often advocated by former Chief Economic Adviser Arvind Subramanian, saying he favoured incentives for population to work.

The NITI Aayog Vice Chairman said the Congress needed to explain to the country how it can afford a scheme like minimum income guarantee. "I don't think it is practical. I think it is more rhetorical. It is similar in nature to ï¿½garibi hatao'. And I don't think its implementation will be feasible. We neither have that kind of fiscal space, nor that kind of complete data that you need were you to be able to implement it," Kumar told IANS in an interview.

"This is why, I think, the Congress has left all details completely unclear and have only made a broad announcement," he added. Former Finance Minister P. Chidambaram has, however, said that the broad contours of the scheme justifying its implementability would be explained in the Congress manifesto.

Rejecting the idea of Universal Basic Income for Indians, Kumar said: "I have not been a supporter of the scheme. For India's per capita income and its demographic profile, I would much rather have incentives for work rather than incentives for being in on social security."

"I think a lot of countries, especially something like China, have done very well by empowering their young in employment rather than putting them on doles," he said. The economist also defended the government's newly-launched Rs 6,000 direct income support to farmers and rejected criticism that the amount was too little.

"About it being too less, the average income of a poor or marginal farmer household per month is probably in the range of Rs 3,000 to Rs 4,000. And in that context, an additional Rs 500 does not sound so little. It should not be dismissed, neither should it be demeaned.

"This amount can be used (by a farmer) to send his child to school, to buy rations, to buy water from large land-owners, and so many other things. It's not a small amount," he said.

Kumar said that one can always criticize a measure saying it is too little, but it has to be balanced with fiscal responsibility. "Having seen poor households, I don't think the sum is too small. It is a significant percentage of total income, not something that disappears in the decimal as you would tend think."

He added the criticism that the scheme leaves out a large part of urban poor out of its net was also unfair and said only 13.7 per cent of farmers were tenants even out of which, 80 per cent owned some land or the other.

"So hardly anyone is left out among the agriculture farming households. The only people who are not included are the landless labour. That is only 2.6 per cent of the rural population. That has been left out because for them, there is MNREGA. That is what gives them social security," Kumar said.

"The coverage is not narrow. It covers 12 crore households - around 60 crore people. It is much bigger than any farm loan waiver would cover, which are by nature skewed or biased towards larger land-owners."

In a sharp criticism of loan waiver schemes announced by the newly-formed governments in the Hindi-heartland states of Rajasthan, Madhya Pradesh and Chattisgarh, he said it was not the answer to agricultural distress.

"Farm distress can be sorted out through true modernisation of the sector - convert farmer from mere producer of commodities to a producer of agricultural value products. The second part of solving the crisis is to connect the farmer to the market - get logistics in place.

"And finally, you have to lower the cost of production in agriculture. At the moment, Indian agriculture products are higher-priced than global prices. There I think, one has to move away from the model of increasing doses of chemical inputs into agriculture, resulting in higher cost, higher debt and higher distress. We need to shift to bio pesticides, bio-fertilizers," Kumar said.