When leaders fail the nation 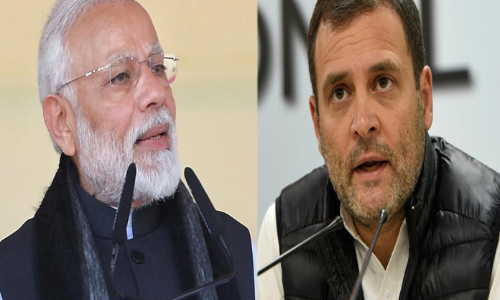 Nero played flute when Rome was burning with disastrous consequences, of course The numbness and incompetence of Indias political leadership which leads the nation from the front is most evident when faced with critical situations It is not capable even of playing flute when faced with fire Take for instance the scenario that was unfolding in Pulwama district in Jammu and Kashmir on Monda

Nero played flute when Rome was burning; with disastrous consequences, of course. The numbness and incompetence of India’s political leadership – which leads the nation from the front – is most evident when faced with critical situations. It is not capable even of playing flute when faced with fire. Take for instance the scenario that was unfolding in Pulwama district in Jammu and Kashmir on Monday.

An army major and several jawans were killed in an encounter, in which a joint team of the army, the police and the security forces was targeting three terrorists. This meant more loss of precious lives of our brave soldiers – over and above the over 40 killed and as many maimed in the suicide bomb attack in the same district this past week.

No rule of the game applies when one is dealing with terrorists. Why can’t the political leadership – Narendra Modi and Co – act in a more courageous and responsible manner, rather than adopting face-saving measures like withdrawal of the Most Favoured Nation status from Pakistan, or the like? In the past too, in several instances of encounter and cross firings, India lost more soldiers than the terrorists it annihilated in their hideouts. To resort to aerial bombing, one needs the courage to act and go for the kill. Note how China and Russia keeps the scourge of terrorism under control? A Vladimir Putin or Xi Jinping are not leaders with feet of clay, after all.

To my mind, Narendra Modi has governed the nation in a reasonably appreciable manner in several respects. But, what is his track record in dealing with Pakistan’s machinations and frequent play of mischief? A minor surgical strike is what he and the BJP have gone boasting about?

When Pakistan is bent on playing more mischief, through instruments like Jaish whose links with ISI are all too well-known, look at the way the convoy of CRPF jawans was transported from one place to another. Clearly, private vehicles were allowed to intercept the convoy at will, with no concern for safety for the soldiers in a land where anything could happen any time.

There is the intelligence failure as a top former RAW chief Vikram Sood has stated in Hyderabad, stressing that this was not an act of just one suicide bomber. Yet, with the huge money spent on intelligence gathering in the Valley, no hint came as to what was happening. There was lethargy on the part of the officials engaged in the surveillance operations. And, there was failure on the part of the political leadership which oversaw matters from Delhi.

Masood Azhar, the notorious character heading the Jaish-e-Mohammed is roaming around freely in Pakistan, under the cover of charity his institutions engage in – also collecting huge funds in that name from the Gulf and other regions; and he’s standing for elections and playing more mischief against India in multiple ways. All these directly under the watch of the political establishment in Pakistan; with direct support from the military intelligence wing, the ISI.

Yet, India is game with the Pakistani establishment, and shows no guts to confront it for its acts of omissions and commissions. This is a strange situation. The Mumbai attacks occurred; India under Manmohan Singh and Sonia Gandhi scurried for cover. Later, the attacks on Pathankot airbase took place, followed by a similar attack on the Uri military establishment. Both happened under Modi’s watch. India simply blinked. Pakistan asked for proof, and in a shameful manner, India scurried around to collect proof. Everybody knew how Pakistan would respond to it. It said this was no proof.

On the other hand, what impression it spread in Pakistan? With India not taking strong action against Pakistan, Jaish kingpin Masoor Azhar grew his stature from a hero to a demi-god. India by its failure to act accorded Azhar a superhuman status in Pakistan. Under Manmohan Singh and Modi, India took several hits from Pakistan, and India failed to act.

Even Modi’s 56-inch chest meant nothing for India in the past five years. His big talks from public platforms helped little. Even at the last minute, when Modi came up with budget provisions to woo the unorganised labour and small-scale farmers with pension schemes, he did so because he found there was no other way he could win the next parliamentary elections.

No one is asking Modi to declare a war on Pakistan under the evolving circumstances. Question is, what other plan does Modi have to discipline a wayward, rogue neighbour? In the past five years, has he put a Plan B in place, or slept over such matters? An Afghan route is often talked about; but this is not for open discussion. One does not know how viable it was, is, or will be. The way to hit Pakistan back, Modi once hinted, was to take the Balochistan route. India apparently could not make much headway there too.

With Pakistan establishing closer links with China in recent years, it would be more difficult for India to take on Pakistan. India is neither with the US nor against the US. When China is exposing its designs against India, the natural course open to India is to edge closer to the US, and frame a meaningful alliance with the Americans.

The lack of courage on the part of Indian leadership to act firmly is most evident in such situations too. Modi will not escape retribution if he fails to act this time. This is not a call for war, per se. It is time to salvage India’s image and reputation. If Modi sits back and sweats it out, it will have an impact on the way people judge him in the Polls 2019. That much is for sure.