Team Amit Shah gets down to work for Lok Sabha polls 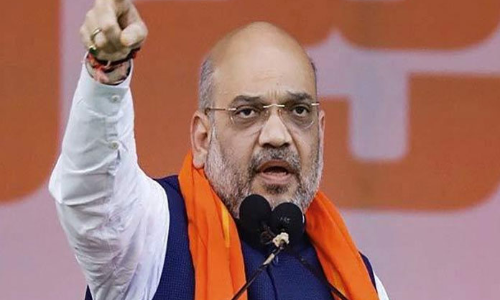 Bharatiya Janata Party President Amit Shah is known to be an expert in micro management of elections The partys Mera booth sab se majboot my booth the...

Bharatiya Janata Party President Amit Shah is known to be an expert in micro management of elections. The party's 'Mera booth sab se majboot (my booth the strongest)' campaign reflects the grassroots-level penetration. He has chosen a team of leaders who have been silently working with an army of workers at the lowest level to ensure that the party remains far ahead of opponents. Some of the key people who are driving this campaign in electorally significant states are:

Sunil Bansal: State general secretary (organization). He is playing a crucial role in party's poll management in Uttar Pradesh, the epicentre of the Lok Sabha 2019 battle. An organization in-charge is a key position on whom wrests the entire poll machinery. Bansal comes from Rajashtan, and has been an active member of Akhil Bharatiya Vidhyarthi Parishad (ABVP)and the Rashtriya Swayamsevak Sangh (RSS).

He has been told to ensure the party's organization in Uttar Pradesh remains robust. The party is up against an alliance of Bahujan Samaj Party (BSP) and Samajwadi Party (SP) which had done well in the by-elections. There are around 1.63 lakh poll booths in Uttar Pradesh.

Saroj Pandey: National General Secretary and in-charge of Maharashtra, Saroj Pandey is Rajya Sabha MP from Chhattisgarh. Maharashtra is one of crucial states for the BJP where it has been able to save its alliance with Shiv Sena despite uneasy relations between the two parties over the years. Shiv Sena has been one of the most vocal critics of the Modi government. Pandey is said to have the backing of RSS. She was sent to Rajya Sabha despite the state unit not keen on her. She enjoys complete trust of the party's leadership. She has also served as president of BJP's Mahila Morcha (women's wing).

Om Prakash Mathur (Om Ji): National vice president of BJP and one of the crucial members of Team Amit Shah. Om Ji is spearheading BJP's Lok Sabha campaign in Prime Minister Modi and Amit Shah's home state and bastion Gujarat. The party has set an ambitious target of repeating its 2014 feat of winning all the 26 seats in the state. Belonging to Rajasthan, Om Ji is a complete organization man with a firm control over workers. He has been an RSS Pracharak for long before working for the BJP.

Hemanta Biswa Sarma: Assam Finance Minister Sarma is one of the key men for the BJP to win the North-East. The BJP has set itself the target of sweeping the region and to achieve the goal, it will heavily rely on Sarma. Even as the party faces flak following widespread agitation over Citizenship Amendment Bill, Biswa is working hard to ensure that the issue is dealt with effectively so that the party can consolidate its position in the entire North-East. The Congress has been virtually uprooted from the region because of the efforts of Hemanta Biswa Sarma.

Piyush Goyal: Apart from being one of the key ministers in Modi government, Goyal also steered BJP's alliance with AIADMK and PMK in Tamil Nadu. The party is trying to make inroads into the state which is electorally extremely significant. The alliance with AIADMK and PMK will boost the prospects in the wake of DMK and the Congress putting up a united fight. This is the first election in the state post Karunanidhi and J Jayalalitha -- the two stalwarts of Tamil Nadu politics -- in state politics. Goyal is a part of the inner team and is playing a key role in consolidating party's position.

(Gautam Datt can be contacted at gautam.d@ians.in)