The ongoing movement in support of Samaikyandhra continued for the 29th day on Tuesday, with students and employees, along with common people, pouring on to the streets to vent their anger at the proposed bifurcation of the State, even as the Samaikyandhra Vartaka JAC declared that all commercial establishments in the 13 districts of Andhra and Rayalaseema regions would down their shutters on August 30.

Hyderabad: The ongoing movement in support of Samaikyandhra continued for the 29th day on Tuesday, with students and employees, along with common people, pouring on to the streets to vent their anger at the proposed bifurcation of the State, even as the Samaikyandhra Vartaka JAC declared that all commercial establishments in the 13 districts of Andhra and Rayalaseema regions would down their shutters on August 30.

In a novel protest, fishermen of Krishnapuram and Mypadu villages in Indukuripeta mandal of Nellore district took out a protest rally of 200 fishing boats in the sea on Tuesday in support of Samaikyandhra. Thousands of fishermen and their family members participated in the “Boat Rally on the Sea” under the leadership of Duvvuri Kalyan Reddy. They lamented that the State would be the loser in its entirety if it was bifurcated and wanted the Congress Working Committee to roll back its decision. 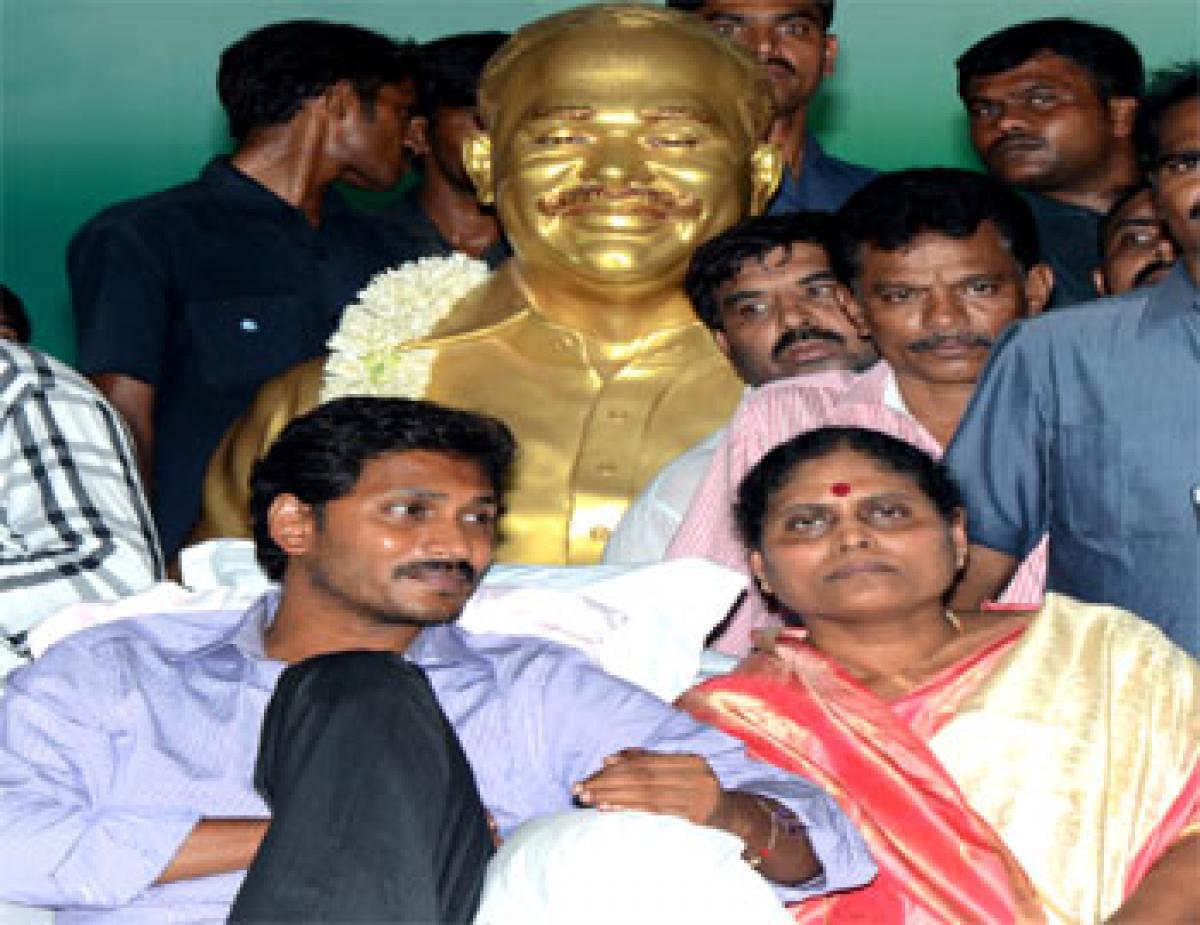 In Srikakulam district, RTC employees undertook a 12-hour protest fast standing in waist-deep water in river Nagavali and raised slogans against the bifurcation of the State. People conducted vanta-vaarpu program on the National Highway at Pachivalasa village in Kotabommali mandal of the district on Tuesday, disrupting traffic on the Chennai-Howrah highway for several hours.

In Krishna district and Vijayawada city, the agitation in support of the united state continued uninterrupted. Thousands of students participated in Vidyarthi Garjana organized by the Vidyarthi JAC in Vijayawada city. They raised slogans against bifurcation of the State.

At Proddutur, Kadapa district, the Congress party’s official spokesman Tulasi Reddy was booed when he went to the Vidyarthi Garjana and some agitators hurled chappals at him. They said he should resign his post before joining the agitation.

Ghazal Srinivas addressed a massive rally at the Clock Tower in Amalapuram on Wednesday in support of Samaikyandhra agitation and later held the youth spellbound by singing melodious ghazals in support of keeping the State united.

Through his songs, the ghazal maestro urged the people not to desecrate Telugu Thalli and not to do injustice to Telugu language. The huge gathering then chorused with Srinivas. The spirit and tempo of the integrationists did not dampen even in downpour since morning on Wednesday; holding umbrellas protestors continued with their programmes demanding that AP should remain united.

The GVMC Employees’ JAC organized vanta-vaarpu near their relay hunger fast camp on Wednesday in which a large number of activists participated raising Samaikyandhra slogans. Municipal Commissioner M V Satyanarayana and other officials participated in the vanta-vaarpu program.

Vijayawada: The protesting employees and women gave a jolt to the Minister for Technical Education, K Parthasarathi and local MP Lagadapati Rajagopal, on Wednesday when they visited the Samaikyandhra protests in the city. At Krishna lanka, when the Minister visited the protest camp in the morning, some women raised slogans against him and questioned him for not quitting the Cabinet. “Your party had taken the decision to divide the State and you have come here to support Samaikyandhra movement,” the women jeered at him.

The Minister had tough time cooling the tempers. When the local MP Lagadapati Rajagopal tried to visit RTC employees fast camp, they raised slogans against him and did not even allow him to reach the camp. The MP sat on the road extending support to the RTC employees.

While justifying the anger against him, Lagadapati found fault with employees and others for not heeding his warning earlier in December 2009 when he resigned from Lok Sabha and starting indefinite hunger strike. Later, the agitating employees relented and allowed him to visit the camp and address them.