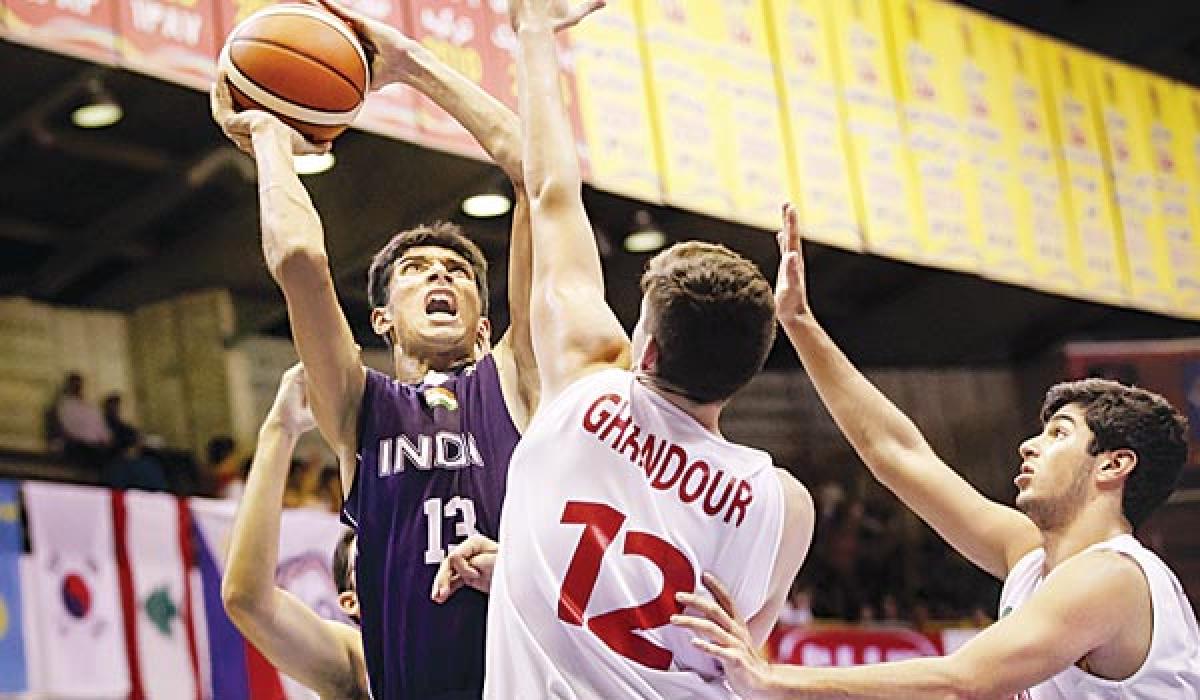 The second quarter though was a different story, as Lebanon outscored India 26-9. For Lebanon, Ozier led the charge, finishing with 71.43% from the field on 5/7 shooting.

New Delhi: Lebanon defeat India 98-67 in the quarterfinal of the 24th FIBA Asia U-18 basketball Championship at Azadi Hall in Tehran on Friday.India will now play the first of its classification matches (to decide the 5-8 placed teams) against Chinese Taipei on Saturday. A win against Taipei will guarantee India its best ever placing since 1972, when the side ended fourth.India started well and at the end of first quarter were trailing by just two points 21-23.

The second quarter though was a different story, as Lebanon outscored India 26-9. For Lebanon, Ozier led the charge, finishing with 71.43% from the field on 5/7 shooting.

India had 10 points off the bench in the first half, distributed between Gineeb Benny (6 pts) and Sahil (4 pts). By the end of the first half, the scores were Lebanon 49-30 India. At the beginning of the 2nd half, Lebanon went on a 13-0 run before a three pointer by Captain Baladaneshwar eventually stemmed the bleeding.

That led to a resurgence by India, which scored 20 points in the period as against 21 by Lebanon. However, the consistent Lebanon again separated itself in the 4th quarter to beat India 98-67 and go through the semifinals. Results: Lebanon 98 (M Alkhoury 18, N Ozeir 17, S Ghandour 15) bt India 67 (Gineeb Benny 19, P Baladaneshwar 17, Vishal Gupta 9)