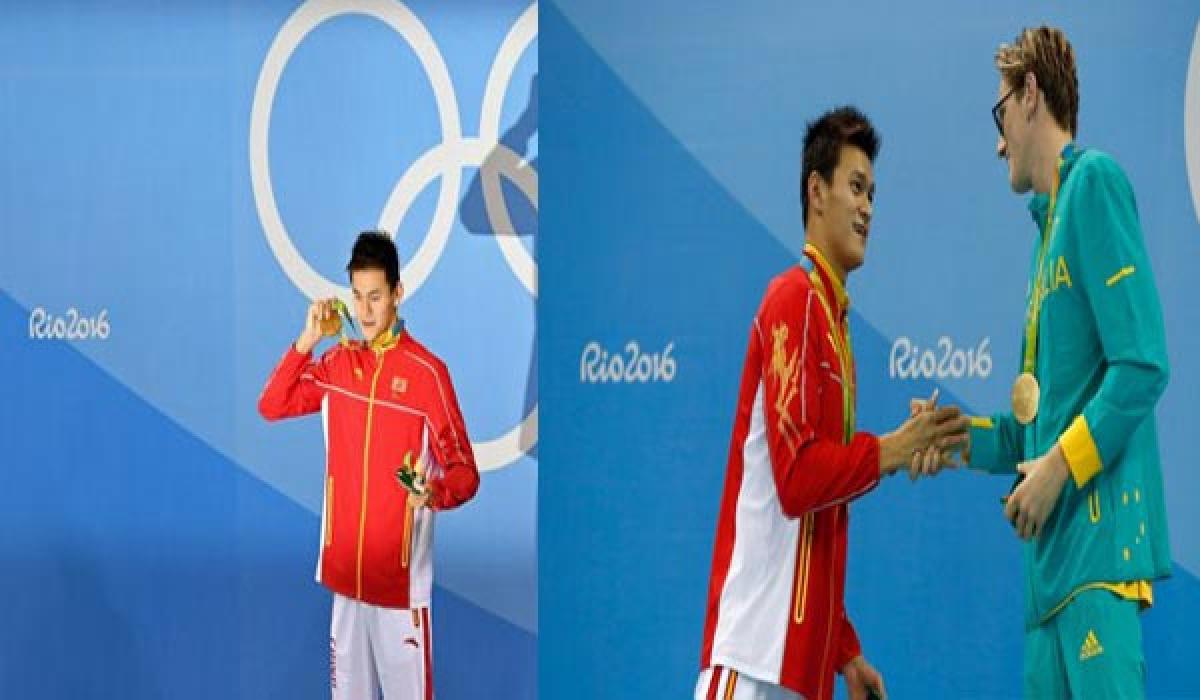 China\'s Sun Yang responded to Australian taunts about his doping history in emphatic fashion on Monday by winning the men\'s 200 metres freestyle title to complete a golden Olympic treble. Sun, who won the 400 and 1500 freestyle at the London Games, touched the wall in one minute, 44.65 seconds to beat South Africa\'s Chad Le Clos by 0.55 seconds and become the first Chinese to win 200m gold.

China's Sun Yang responded to Australian taunts about his doping history in emphatic fashion on Monday by winning the men's 200 metres freestyle title to complete a golden Olympic treble.

Sun also won silver in Saturday's 400 free and despite his delight at winning on Monday he still felt a twinge of regret that he was not celebrating his fourth Olympics title.

"I felt very sorry that I did not execute my responsibilities," he said of the previous race. "In normal circumstances it should have been two gold medals (in Rio)."

In his delight at winning, Sun took off his cap and attempted to throw it to Chinese supporters in the crowd above him, but it landed in the pool and he had to retrieve it.

It was not his first misstep of a controversial week that has seen a splashing incident in training escalate into a battle conducted via the media between him and his Australian rivals.

A Chinese state newspaper described Australia as "uncivilized" and "Britain's offshore prison" as it rushed to Sun's defence after he was labelled a drugs cheat by Australian 400 freestyle gold medallist Mack Horton.

Sun was revealed two years ago to have secretly served a three-month suspension for using a banned stimulant. He said it was medication to treat a heart issue and did not enhance performance.

"The medal to me means I have to work even harder. To me the gold medal is a good foundation for next year's world championships."

Dwyer sounded supportive: "Sun brings it home like nobody else," he said.

"Sun will go down as one of the best freestylers of all time and it's an honour to race him."

France's Yannick Agnel, champion in London four years ago, was eliminated in the heats.