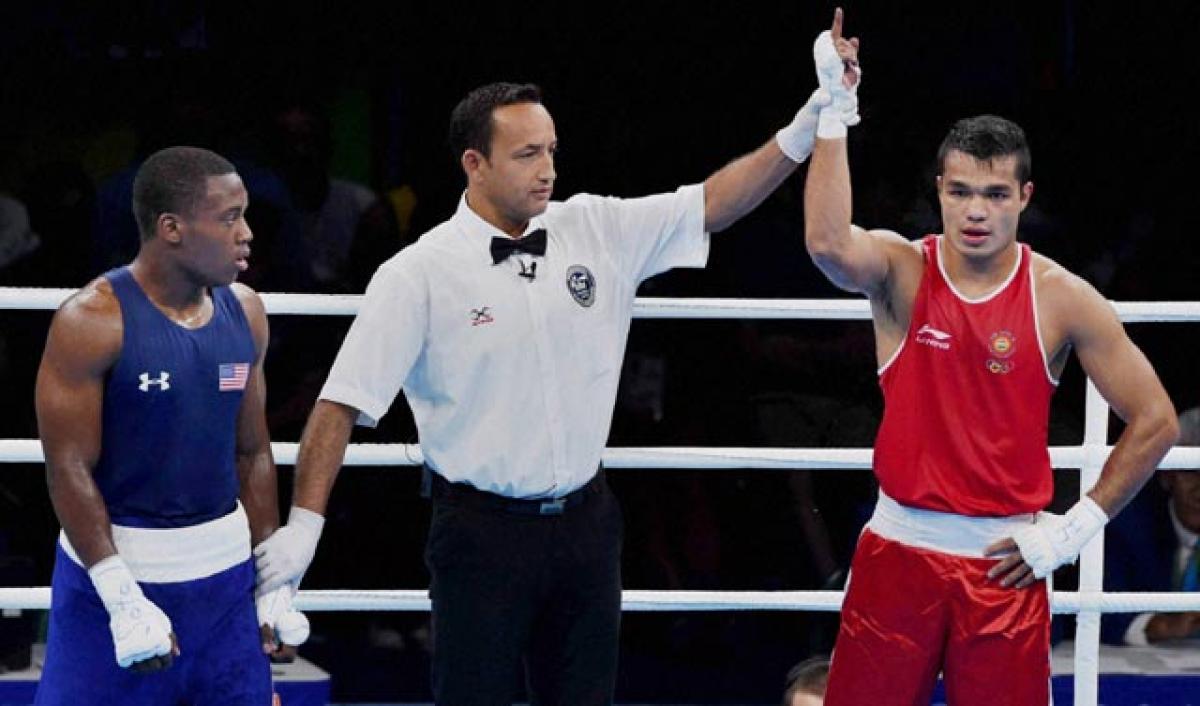 The 18-year-old Conwell, who walked in to hostile boos from the local crowd, struggled to launch an attack on the Indian in the opening round. Vikas, on the other hand, used his right straights and uppercuts to good effect in the first three minutes.

Vikas dropped his guard quite early in the bout but Conwell's attempts at capitalising on it did not quite work out as he landed into a well-laid trap by the counter-attacking Indian. Vikas seemed more assured in the second round and concentrated on breaking down Conwell's defence by targetting his torso.

Although the judges were divided in awarding the round to the former World Championships bronze-medallist, Vikas had done enough to secure himself the handy lead going into the final round. After being seemingly clueless and fetching two cautions for bending excessively in the first two rounds, Conwell gathered himself in the final three minutes to land a couple of crisp jabs but the effort came too late in the day.