Another draw for Real Madrid 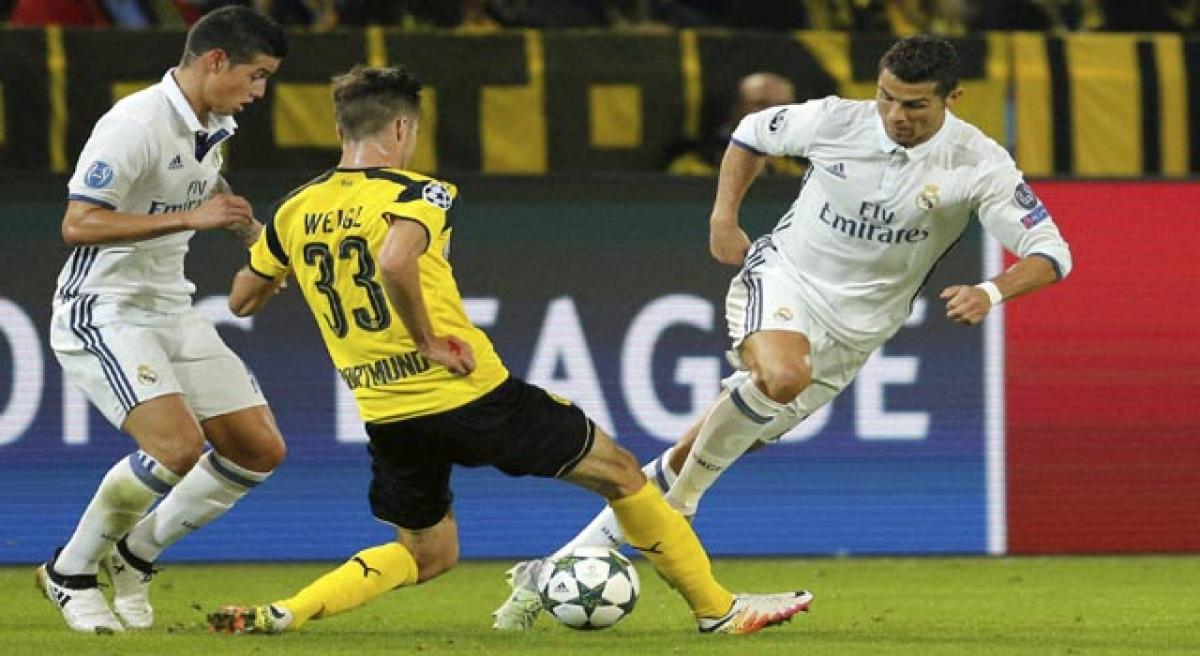 Premier League champions Leicester made it two wins from two in their debut Champions League campaign as Islam Slimani's first-half goal secured a 1-0 win against FC Porto, and it was a good night all round for English clubs as Tottenham Hotspur beat CSKA in Russia. Reigning champions Real Madrid twice surrendered the lead as they settled for a 2-2 draw against Dortmund to extend their poor record on German soil.