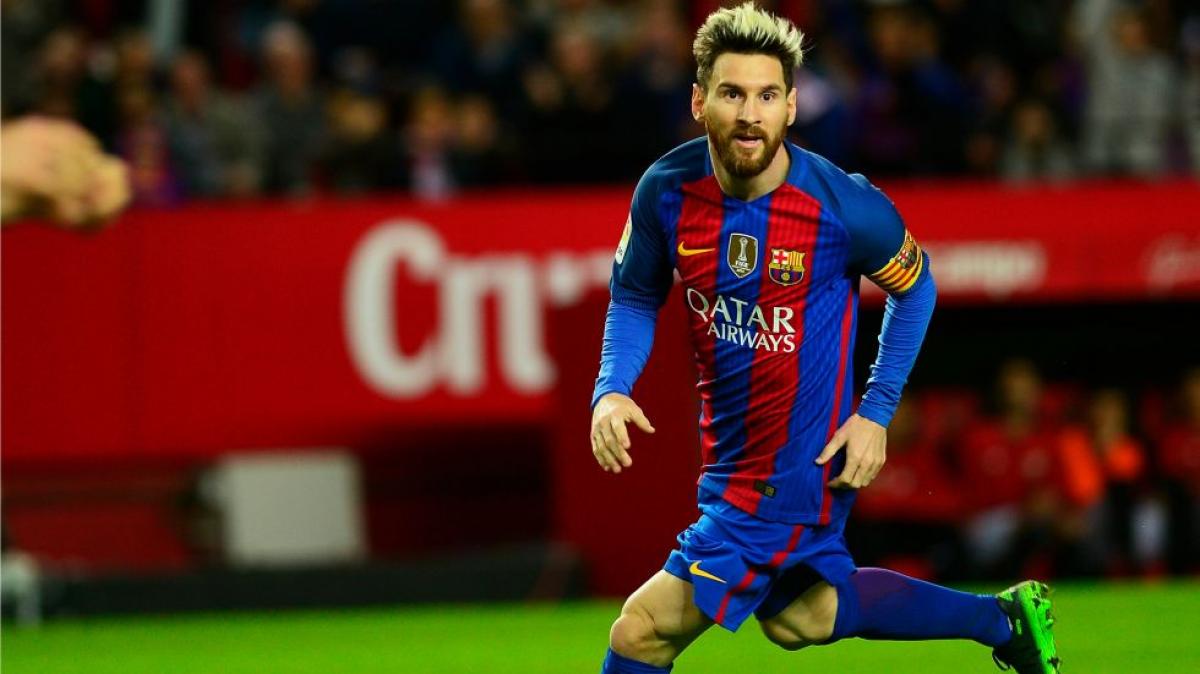 Luis Suarez saved the Spanish champions from a second defeat in six days as they came from behind to win 2-1 at Sevilla.

Victory on Sunday keeps Barca just two points adrift of Real Madrid, who were 3-0 victors over Leganes thanks to a double from Gareth Bale.
Madrid also announced that Cristiano Ronaldo will extend his contract with the European champions until 2021 .

Messi inspired a spirited Barca fightback fresh from a 3-1 defeat at Manchester City in the Champions League on Tuesdayafter a first-half dominated by Sevilla.

"There is no one like him and our objective as a team is to look for Leo as much as possible," Barca boss Luis Enrique told Spanish TV station Movistar.

"The capacity Messi has to play in any position and interpret what is happening on the field is laudable." With the cast of the Game of Thrones among those watching on in Seville, the game got off to a frantic start.

The hosts had two shots on goal inside 50 seconds, but from a Sevilla corner Barca broke forward at lightning speed and Suarez's effort from Neymar's layoff was brilliantly saved by Sergio Rico.

Sevilla remained on the front foot for most of the first-half and got their reward on 15 minutes when PabloSarabia's pass bamboozled Sergi Roberto and Vitolo charged through to open the scoring.

Sarabia passed up a great chance to make it two when hetook the bizarre decision to backheel the ball towards theedge of the area when he had just Marc-Andre ter Stegen to beat.

Barca made Sevilla pay with another brilliant counter-attack to level two minutes before half-time as thistime Messi curled Neymar's pass into the bottom corner.

The goal was Messi's 500th for Barca including friendlies, but he should have had more after the break as only abrilliant block from Mariano and save from Rico prevented the Barca captain turning the game around.

Messi turned provider for the winner just after the hourmark as he teed up Suarez to drill the ball low past Rico.

Rico produced an incredible stop to prevent Suarez making it 3-1, but a huge error from Ter Stegen at the other endnearly cost Barca the win as he flapped at a corner and StevenN'Zonzi headed inches wide the goal gaping.