Exciting climax on the cards 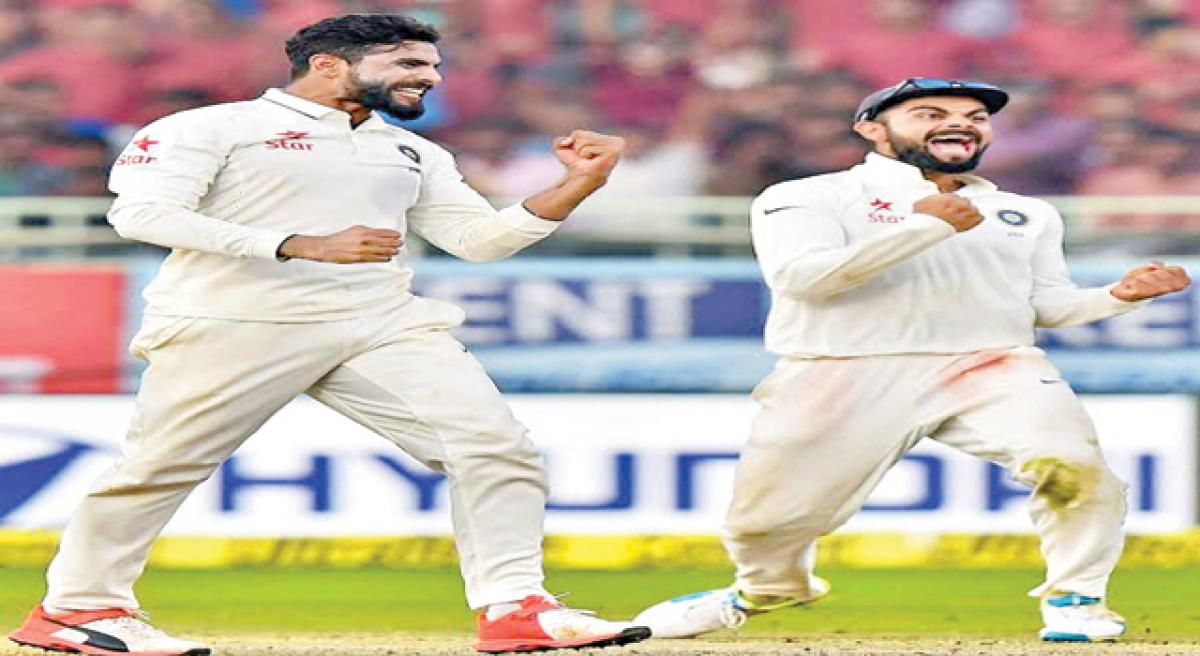 In pursuit of an uphill victory target of 405, England finished the day at 87 for 2, thanks to a dogged defiance from skipper Cook and young Haseeb Hameed, who brought back memories of Hashim Amla and AB de Villiers\' \'batathon\' at the Feroz Shah Kotla, last year.

​Visakhapatnam: Indian spinners were thwarted by a splendid display of ultra-defensive batting by England before the hosts edged ahead dismissing rival skipper Alastair Cook on an engrossing fourth day of the second cricket Test.

In pursuit of an uphill victory target of 405, England finished the day at 87 for 2, thanks to a dogged defiance from skipper Cook and young Haseeb Hameed, who brought back memories of Hashim Amla and AB de Villiers' 'batathon' at the Feroz Shah Kotla, last year.

It was fascinating final two sessions where Cook (54, 188 balls) and 19-year-old Hameed (25, 144 balls) added 75 for the opening stand but more importantly consumed 50 out of the 150 overs that England require to bat in their second innings.

Cook showed enormous patience en route his 53rd Test half-century which came off 172 balls -- his slowest in longest format.
The captain's resistance finally ended when Ravindra Jadeja trapped the skipper leg before with the final delivery of the day.

England require 318 runs more on the final but they would be very happy if they could even manage a draw. India have three full sessions tomorrow to grab the remaining eight wickets and take a 1-0 lead in the five-match series.

If Cook's experience came to the fore, Hameed defied his age and showed temperament of highest order batting for more than three hours. Hameed faced 24 overs en route to his 25 before Ashwin gave the breakthrough at the fag end of the day as the ball kept low trapping the right-hander plumb in-front.

In desperation for something special, Ashwin finally delivered a shooter right in middle and leg in his 13th over of the day, and there was no way that Hameed could keep it away as he was trapped right in front for an agonising end.

The opening partnership also provided a study in contrast to their struggling Indian counterparts as the strategy was just to block and delay the inevitable.

India's frustration was summed up when Kohli used up both his DRS review in space of six balls against captain Cook but to no avail. England reached 50 in 37.1 overs, a tad faster than their slowest of 38.5 overs in the second innings against Sri Lanka at The Oval in 1998.

Ashwin had ealier bowled 8-3-12-0 in his first spell during the second session and with little assistance from the pitch he was brought in only in the 43rd over.