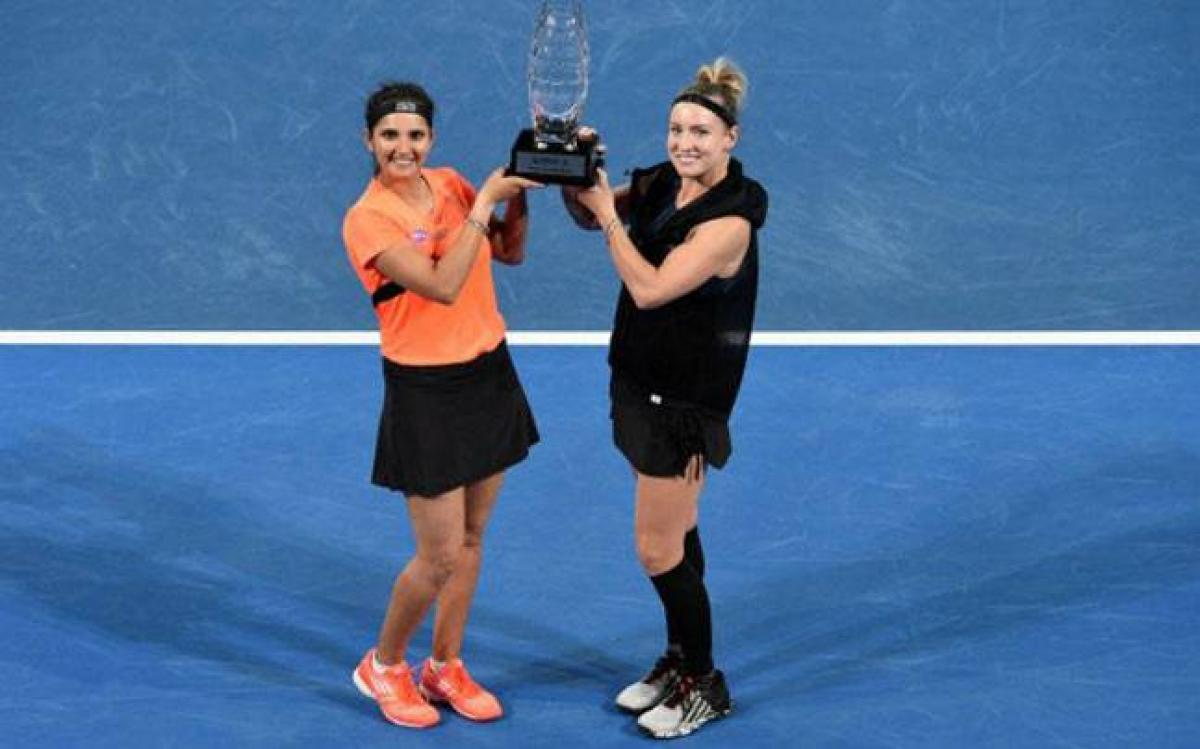 Indian tennis ace Sania Mirza picked up her first title of the season, combining with American Bethanie Mattek-Sands to lift the Brisbane International women\'s doubles title, but ended up losing the World No.1 crown to her partner.

Brisbane: Indian tennis ace Sania Mirza picked up her first title of the season, combining with American Bethanie Mattek-Sands to lift the Brisbane International women's doubles title, but ended up losing the World No.1 crown to her partner.

The top-seeded Indo-American duo triumphed 6-2 6-3 against the second-seeded Russian team of Ekaterina Makarova and Elena Vesnina in the final here.

The trophy, however, ended Sania's 91-week reign as the world No.1 doubles player in the WTA rankings. That position was taken over by Bethanie.

"I feel like I'm handing over Miss World No.1 crown," Sania said in her post-match speech.

The Indian had come into the tournament as a defending champion, having won it with Swiss ace martina Hingis last year.

"We always have good matches (against Vesnina/Makarova).

It's great to come back as defending champion. Thank you to my partner and best friend. We go a long way, we play once a year, the last time we played, we won in Sydney," Sania said.

"I think we should play a lot more. Thanks for playing with me. I was No.1 in the world but congratulations to her for becoming No.1 now. If not me, than her, she has had an amazing year," she added.

Sania will go back to pairing with Czech Republic's Barbora Strycova in Sydney next week and the Australian Open, which starts on January 16.