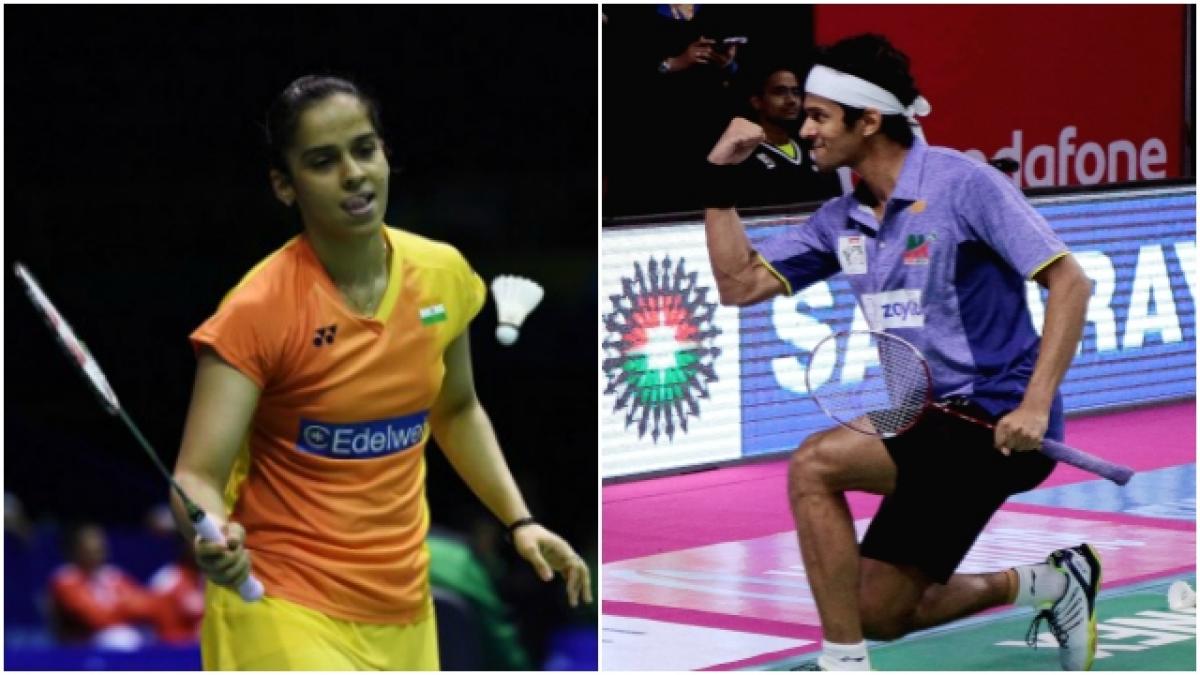 Top seed Saina, who is desperatley looking for a win to boost her confidence after recovering from a knee surgery which derailed her Rio Olympics campaign lat year, spanked Thailand's Chasinee Korepap 219 218 in a lopsided contest.

The 26yearold Indian, who clinched the Australian Open last year before injuring her knee just ahead of the Olympics, will face Indonesia's Hanna Ramadini next.

Sixth seed Jayaram, who has been in good form at the Premier badminton League, eked out a 2110 1721 2114 win over Malaysia's Jun Hao Leong in the opening round before mauling Indonesia's Saputra Vicky Angga 219 2112 in the second match.

The World No. 19 Indian will next meet Chinese Taipei's Hsueh Hsuan Yi.

Prajakta along with her Malaysian partner Yogendran Khrishnan also reached the next round of mixed doubles after defeating Hong Kong's Hee Chun Mak and Yeung Nga Ting 2114 2220.

However, B Sumeeth Reddy and Ashwini Ponnappa suffered a 1721 1721 loss against sixth seeds Tontowi Ahmad and Gloria Emanuelle Widjaja of Indonesia.