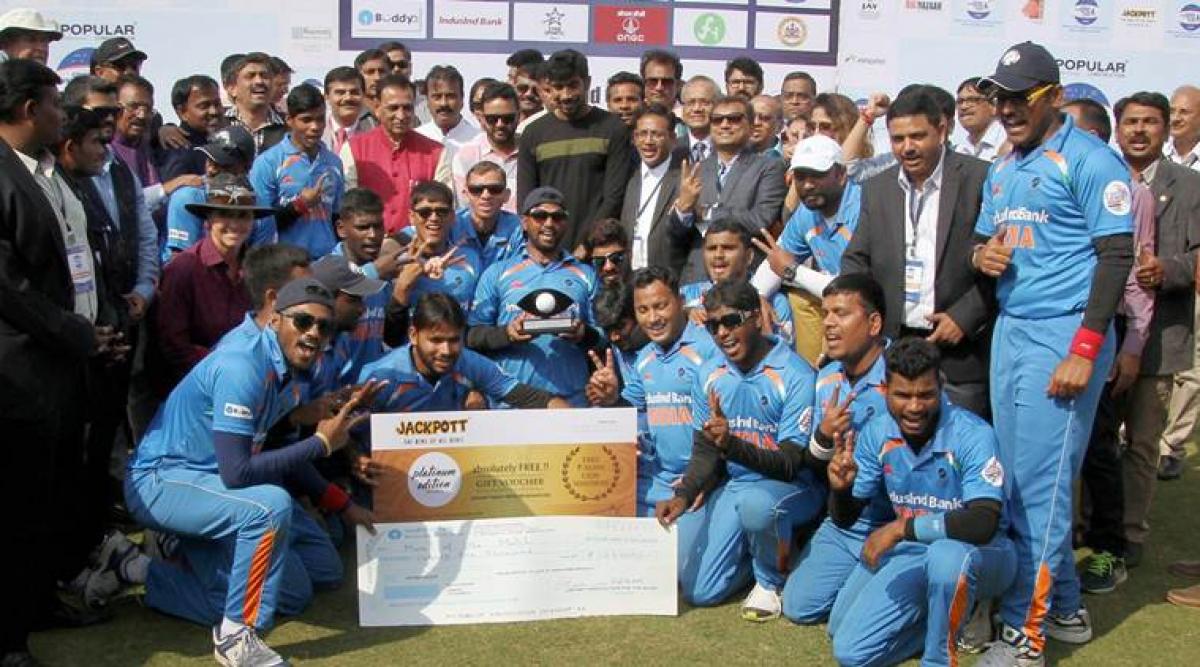 With eight wins from nine matches, India had gone into the final as favourite and lived up to it with a comprehensive victory. For Pakistan though, it was its first loss in the tournament.

The two teams had clashed in the 2012 edition final as well with India emerging triumphant. The victory was also a sweet revenge for the Indians, who had lost to Pakistan in the league stage of the current edition.

Batting first, Pakistan made 197 for nine but India chased down the target in 18 overs without much of a fuss, losing just one wicket in the process.

Man of the match Prakash Jayaramaiah stood out with a splendid unbeaten 99, while Ajay Kumar Reddy was the only man to be dismissed for 43. Reddy was run out.

Badar Munir, who accumulated 570 runs, was named the Man of the Series.

Ketan Patel and Jaffar Iqbal were the pick of Indian bowlers, grabbing two wickets each after conceding 29 and 33 runs respectively.