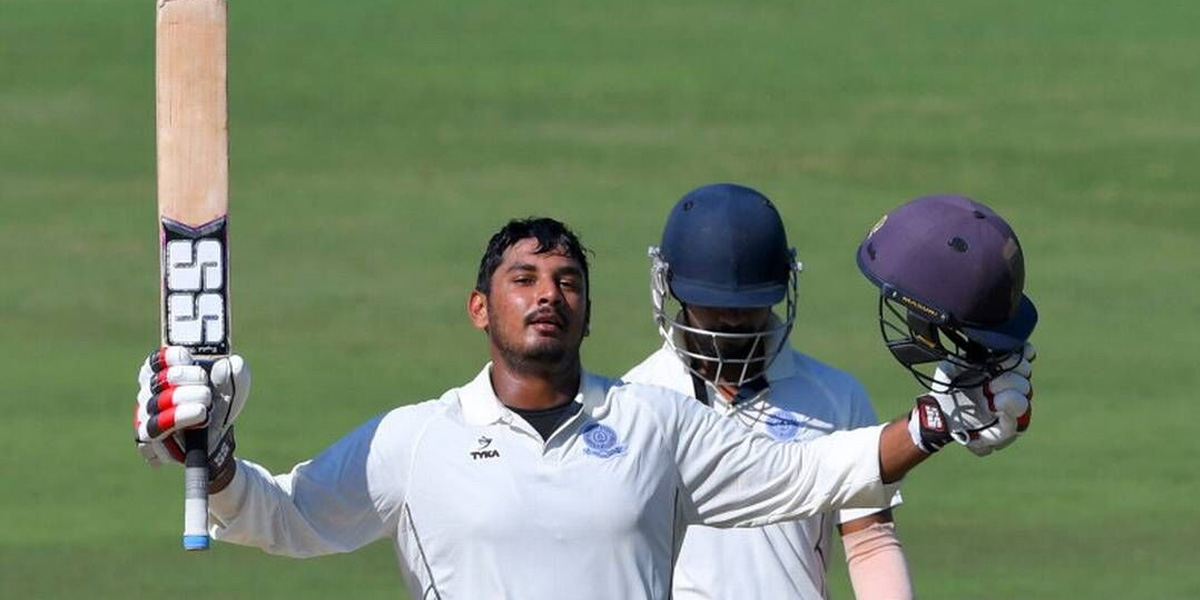 ​Vizianagaram: Centuries by K S Bharat (178 not out) and Ricky Bhui (129) helped Andhra take control against Hyderabad at stumps on day three of the Ranji Trophy Elite Group ‘B’ match here on Tuesday.

Resuming at 207 for 3, Andhra dominated proceedings as Bhui and Bharat piled on the runs even as the Hyderabad bowlers wilted. The fourth-wicket partnership between the two produced 234 runs. Bharat led the run-scoring and was the more aggressive of the two, hitting shots all round the wicket.

The pair took the total from 350 to 400 before the visiting side broke through when T Ravi Teja (2 for 101) dismissed Bhui, having him caught behind by K S K Chaitanya. Bharat continued to pile on the runs and took the score past 500 before the team declared at 502 for 7.

Hyderabad openers Tanmay Agarwal (13 batting) and Tilak Varma (20 batting) ensured that the team didn't suffer any setbacks as they look to erase the huge deficit. At Mohali, Punjab thrashed Kerala by 10 wickets and took their points tally to 20, thereby brightening their his chances of qualifying for the quarterfinals.