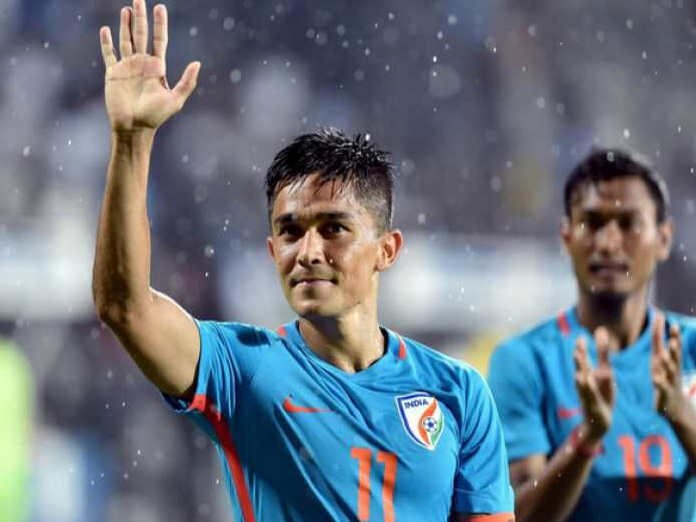 India enter the biggest ever Asian Cup, starting here on Saturday, hoping to exorcise the ghosts of a disastrous outing in 2011 and using it as a stepping stone to realise the dream of making the 2026 World Cup

​Abu Dhabi: India enter the biggest ever Asian Cup, starting here on Saturday, hoping to exorcise the ghosts of a disastrous outing in 2011 and using it as a stepping stone to realise the dream of making the 2026 World Cup.

The Asian Football Confederation’s continental showpiece, which has seen an increase in the number of finalists from 16 to 24, kicks off with hosts United Arab Emirates taking on Bahrain in a Group A fixture at the Zayed Sports City Stadium. India, placed in the same group as the host nation, will begin their campaign with a game against Thailand at the Al Nahyan Stadium, the home ground of Al Wahda club, on Sunday.

The Blue Tigers last participated in the tournament eight years ago, which ended with a forgettable group stage exit following heavy defeats at the hands regional powerhouses Australia, South Korea and Bahrain. The 17th edition of the quadrennial event will be India’s fourth-ever appearance. While they brought to an end a 24-year wait by making the 2011 edition, India missed qualification to the 2015 tournament, which was won by hosts Australia.

Though not as dominant as the Koreans or the Australians, India will still have their task cut out against well-oiled teams such as Bahrain, Thailand and UAE. While speculation can be a futile exercise, an unbeaten run of 13 matches, during which the country qualified for the tournament and achieved its second best ranking in the FIFA chart, gives chief coach Stephen Constantine reasons to be optimistic.

India are currently ranked 97th, a far cry from the day a few years ago when they slipped to their worst-ever 173rd position. India also endured the humiliation of losing to Guam, a tiny Pacific island with a population of 1.5 lakh, in a World Cup Qualifier.

The revival began after that as India, under Constantine and the talismanic Sunil Chhetri’s prolific form in front of the goal, learned to win matches. India were the first among 23 visiting teams to arrive in the UAE capital on December 20.

A 28-member squad had been practicing in an effort to acclimatise themselves to the conditions. The Asian Cup will be a different ball game, and the team is aware of that. “We are looking forward to the massive tournament. We hope these 23 boys will do a good job for us,” Constantine said ahead of the tournament.

Bidding to defend the title won on home soil in 2015, Australia come into the tournament as one of the contenders after head coach Graham Arnold put his players through the grind. They will be entering a new era without stalwarts Tim Cahill and Mile Jedinak.

Neighbours South Korea and Japan will resume their rivalry with both teams having their eyes trained at the trophy. Led by free-scoring Tottenham forward Son Heung-min, favourites South Korea will fancy their chances of ending more than 50 years of wait.

Japan, having given the 2018 World Cup semifinalists Belgium a run for their money in a Round of 16 game in Russia, have the team to go all the way in the UAE. Iraq, who won the tournament in 2007 and finished aong the last four four years ago, will be another to watch out for.

Apart from their impressive results in recent times, including against Italy’s World Cup winning coach Marcello Lippi’s China and Oman, raising India’s hopes is the provision of the four best third-placed teams also making it to the next round.

Lippi, who guided Italy to a World Cup triumph in 2006, has put his players through a tough month of training ahead of the tournament.