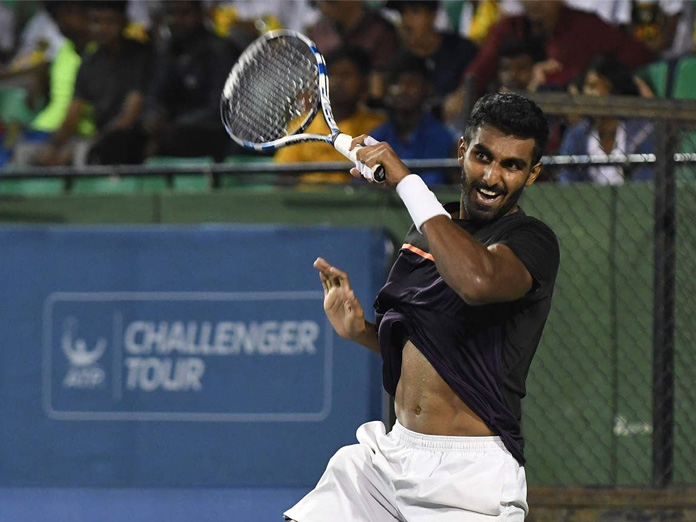 Outlining his growth as a player, a consistent Prajnesh Gunneswaran sealed his maiden appearance in the main draw of a Grand Slam by qualifying for the Australian Open mens singles event here on Friday

​Melbourne: Outlining his growth as a player, a consistent Prajnesh Gunneswaran sealed his maiden appearance in the main draw of a Grand Slam by qualifying for the Australian Open men’s singles event here on Friday.

Prajnesh is only third Indian in five years to feature in the men's singles main draw of a Grand Slam, the other being Somdev Devvarman and Yuki Bhambri.

While Yuki played in all four Grand Slams in 2018 before a knee injury cut short his season, Somdev, who is now retired, last played at the 2013 US Open.

“It's obviously huge for me. First time ever in a Grand Slam main draw, something I have always dreamt of. I am really happy, don’t have words to describe it but it’s big deal for sure,” Prajnesh said.

“I am very proud that I stuck to it and put in all this work. I got here much later than most people do. I had the tennis to reach here, now just need to rest and recover for the main draw,” Prajnesh added.

The Indian has secured himself AUD 40,000 (Rs 20 lakh) for winning three qualifying rounds and at least AUD 75,000 more (approx Rs 38 lakh) as main draw prize purse, which will take care of his major expenses in the 2019 season.

Talking about the match, Prajnesh said, “It was no where near as good as I wanted it to be. I stayed tough mentally and fought really hard.’’