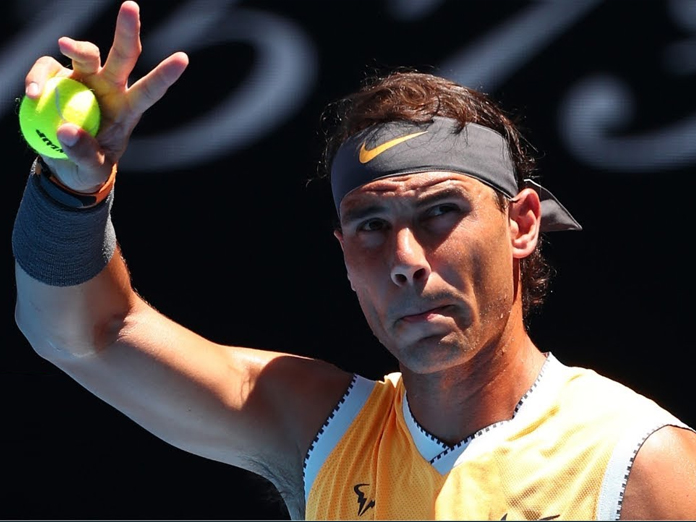 Nadal, who won the title in 2009, completed the match against the 238th-ranked Duckworth, four months after his last official match against Argentina's Juan Martin del Potro in last year's US Open, from which he had retired injured, reports Efe news.

Nadal had also withdrawn from the Brisbane International warm-up in the first week of January with a thigh strain.

Duckworth took advantage of Nadal's lack of rhythm and kept the pressure on with a break at the start of the second set.

However, Nadal, who reached the quarter-finals of last year's Australian Open but retired hurt in the middle of the match against Croatia's Marin Cilic (6), thwarted Duckworth's attempts to get back into the game with a final break at the end of the third set, which he took 7-5.

The Spaniard, who showcased his new serve, broke his opponent six times while surrendering his own serve twice.

"Of course, it's not easy to come back after a lot of months especially against a player playing super aggressive every shot," Nadal said after the match.