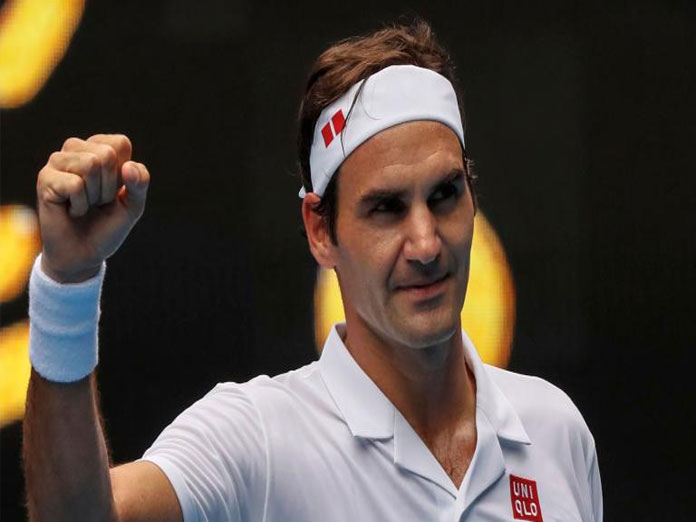 Defending champion Roger Federer reached the Australian Open third round for a 20th straight year Wednesday but was made to battle hard by Britains Dan Evans before winning 76 75, 76 73, 63

Federer will next play either France's Gael Monfils, seeded 30, or American Taylor Fritz in the last 32.

Melbourne: Defending champion Roger Federer reached the Australian Open third round for a 20th straight year Wednesday but was made to battle hard by Britain's Dan Evans before winning 7-6 (7/5), 7-6 (7/3), 6-3.

The ageless 20-time Grand Slam champion, who is gunning for a record seventh Melbourne Park title and third in a row, had breezed past Denis Istomin in the first round, but was given a much tougher examination by the world number 189.

"I think if I could have pulled away early in the match it might have been different," said the 37-year-old Swiss master who needed 2hr 35min to get past his 28-year-old opponent.

Evans, whose ranking plummeted from a career-high 41 after he was slapped with a year-long ban for testing positive to cocaine in April 2017, played almost flawless tennis to stave off a set point on his way to forcing a first set tie-break.

He even had the temerity to lead 5-3 in the breaker before Federer stepped up a gear and reeled off the next four points with a cry of "Come on!" as he secured a hard-fought opening set after exactly one hour.

It was harsh on Evans who had committed only two unforced errors and constantly put the third seed under pressure with his scampering, attacking game and flurry of winners off both wings.

The plucky Evans, who had covered acres of ground and found the lines brilliantly, needed treatment for blisters on both feet before the second set started and immediately was broken.

But he refused to lie down and broke back as Federer served for the set to force another tie-break.

"I thought I might have pulled away midway through the second set," added Federer. "But I couldn't, to his credit. He played well."

The Swiss star hasn't often needed luck during his unparallelled career but he took advantage of some in the third set to finally ease the pressure.

Holding break point at 2-1, he barely scooped up a half-volley which grabbed the net cord and toppled over forcing Evans to go long.

A service game to love followed to put Federer 4-1 up and the brave resistance of Evans was finally broken.

The veteran will next play either France's Gael Monfils, seeded 30, or American Taylor Fritz in the last 32.