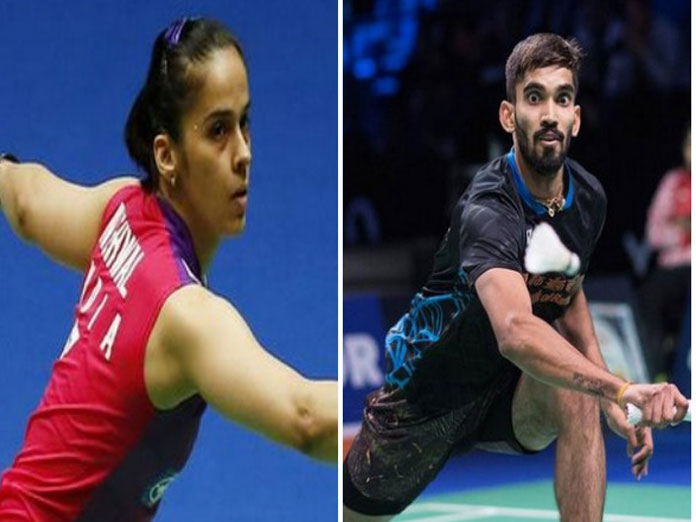 Parupalli Kashyap also made it to the second round of the Malaysia Masters after defeating Rasmus Gemke of Denmark.

Kuala Lumpur: Indian shuttlers Saina Nehwal and Kidambi Srikanth made a winning start to their campaign at the ongoing Malaysia Masters on Wednesday.

Nehwal looked tentative in the initial stage of the match but soon made a comeback with a resilient attitude. Having lost the opening margin of seven points, the shuttler gave an impressive performance in the consecutive games to move further in the competition.

For Srikanth, the battle was comparatively easy as he registered a dominating straight sets victory over his Hong Kong counterpart. Without showing any signs of weakness, the world number eight player maintained a firm grip on the match from start to end.

Another Indian shuttler Parupalli Kashyap also made it to the second round of the Malaysia Masters after defeating Rasmus Gemke of Denmark 19-21, 21-19, 21-10 in an exciting contest.

In mixed-doubles event, Indian pair of Pranaav Chopra and N. Sikki Reddy defeated Dutch duo of Robin Tabeling and Selena Piek 21-19, 21-17 to move into the second round of the competition.