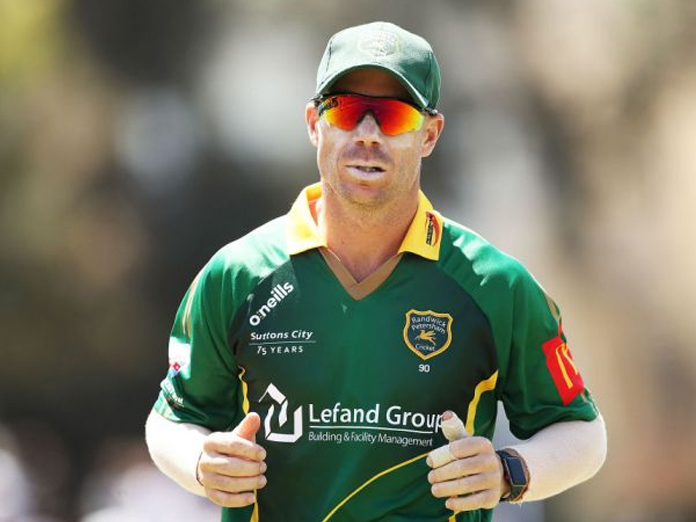 Sydney: Banned former Australian vice-captain David Warner is expected to undergo minor surgery on his elbow Tuesday after returning home from the Bangladesh Premier League with an injury.

Warner, alongside former skipper Steve Smith and batsman Cameron Bancroft, was suspended from international cricket over a ball-tampering scandal during a Test match in South Africa last March.

The 32-year-old returned to Australia last week following a stint with the Sylhet Sixers in the Bangladesh Twenty20 tournament after he reported pain in his right elbow.

Warner's elbow will be assessed in Melbourne on Tuesday, before he is expected to undergo minor surgery, cricket.com.au reported Monday.

Cricket Australia's website said Warner's condition was not believed to be as serious as the elbow injury sustained by Smith, also in the Bangladesh tournament.

Smith, 29, underwent surgery last week and is expected to spend six weeks in a brace before extensive rehabilitation.

Smith's injury could affect his chances of being picked in the national side for the World Cup starting in May, as well as the Ashes series -- also in England -- later this year.