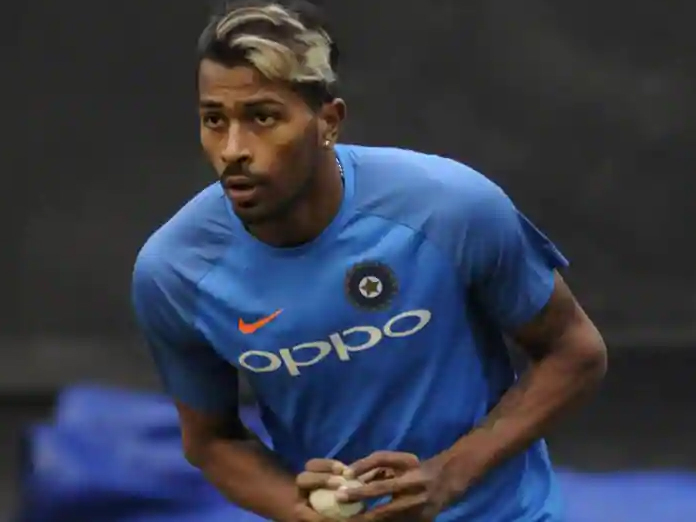 A welldeserved break on the cards, India captain Virat Kohli will be aiming to seal the fivematch series when his team square off against a confused New Zealand in the third ODI here Monday

Mount Maunganui: A well-deserved break on the cards, India captain Virat Kohli will be aiming to seal the five-match series when his team square off against a confused New Zealand in the third ODI here Monday.

The Indian captain has been given a break as part of BCCI's workload management programme and he would ensure that he finishes his assignment Down Under on a high after the maiden Test and ODI victories in Australia.

An unassailable 3-0 lead would be a fitting revenge to India's abject 0-4 humiliation during the 2014 limited overs series.

One of the primary focus of Monday's encounter could be the inclusion of Indian cricket's latest enfant terrible Hardik Pandya, who is coming back from provisional suspension for his loose talk on a TV chat show.

Pandya's presence lends solidity and balance to the side and the skipper has time and again admitted it.

The Baroda all rounder's replacement Vijay Shankar is a decent cricketer but is yet to possess the X factor that Pandya has.

That Shankar was given only two overs in the second ODI is an example that he is still not ready to shoulder extra responsibility.

Pandya is a few clicks quicker than Shankar whose bowling in the three ODIs that he has played has not been penetrative.

Pandya can also bat at No 6 if the situation arises and his busy approach in batting can also get the scoreboard ticking in middle overs as the skipper wants.

Otherwise, the Indian team doesn't require much tinkering. New Zealand, on the other hand, have looked clueless against India's wrist-spin duo of Kuldeep Yadav and Yuzvendra Chahal, who accounted for 12 of the 20 wickets in the last two ODIs.

Kuldeep has looked the most menacing as he claimed two four-wicket hauls in the first two ODIs, while Chahal returned with two wickets on both the matches. Seamers Bhuvneshwar Kumar and Mohammed Shami also have done their job well, getting crucial breakthroughs for the team.

India's batting too have complemented the bowlers, looking rock solid in both the games with Shikhar Dhawan's return to form lending the team the much-needed support at the top.

If he had scored an unbeaten 75 in the first ODI, he cracked a 67-ball 66 in the second game. Vice-captain Rohit Sharma, who had flopped in the first ODI, too entertained the spectators here with a strokeful 87 en route his 14th century stand with opening partner Dhawan.

Skipper Kohli also looked in good nick in both the matches, while Ambati Rayudu seemed to have found his mojo back with a 49-ball 47 on Saturday.

An ageless Mahendra Singh Dhoni too continued his rampaging run with yet another unbeaten 33-ball 48 to take India across the 300-mark, while Kedar Jadhav has also grabbed the role of a finisher with both hands. While the batting looked in place, there is a slight concern about the visitors fifth bowler's slot where Pandya might fit in.

India are yet to finalise their middle-order ahead of the World Cup. Once Kohli takes a break following the third ODI, Dinesh Karthik might get a place to boost the middle-order in the skipper's absence.

The team management might also think of handing an India debut to the very talented Shubman Gill.

For Black Caps, captain Kane Williamson, who had top-scored in the first ODI, looked good during his short stay in the second ODI, while all-rounder Doug Bracewell tried to take the game to the wires with a 46-ball 57 but none of the other batters could convert their starts.

"There are two games in a row now where we've not had control at any stage, but we need to take small steps,'' Williamson said. "Some of the dismissals were a result of us going too hard maybe.