AITA sure of India’s visit to Pak 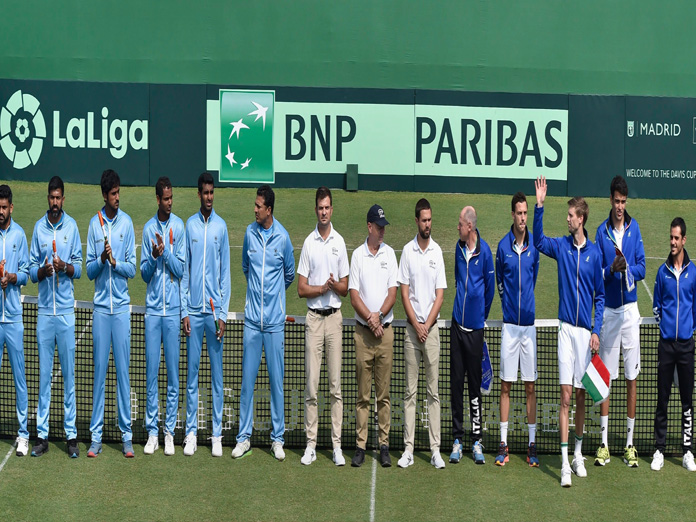 A day after the Indian Davis Cup team were drawn to play Pakistan in an away tie, the All India Tennis Association AITA expressed confidence that it will be able to send the contingent to the neighbouring country despite the Indian governments policy of not allowing sports teams to travel there The tie is scheduled for September

​Kolkata: A day after the Indian Davis Cup team were drawn to play Pakistan in an away tie, the All India Tennis Association (AITA) expressed confidence that it will be able to send the contingent to the neighbouring country despite the Indian government’s policy of not allowing sports teams to travel there. The tie is scheduled for September.

“I am confident we will be cleared to go to Pakistan. We have been drawn to play them in their den. If we can’t go, we will be banned for two years,” AITA secretary general Hironmoy Chatterjee told IANS over phone.

The winner will move to the World Group Qualifiers. Chatterjee’s confidence stems from the fact that Pakistan were allowed to take part in the Hockey World Cup here recently. “Pakistan were in Bhubaneswar (Hockey World Cup) and likewise we will travel to their country,” he said.

When pointed out that the government has not allowed the Indian cricket team to travel to Pakistan for any bilateral series, Chatterjee said: “Cricket is not an Olympic sport. Tennis is an Olympic sport and this is the World Cup of tennis. The ITF (International Tennis Federation) decides the venue and we have been drawn to play in Pakistan, and we will go.”

No Indian Davis Cup squad has travelled to Pakistan since March 1964. In that tie in Lahore, India had prevailed over their rivals 4-0.

“It will be difficult for us then (if India is banned) to get back to the World Group. We share a good relation with the Pakistan Tennis Federation and have no problems in travelling,” he said, rubbishing reports that the tie might be held on a neutral venue. The draw for the tie took place in London.

In the last week’s World Group Qualifier, India were beaten 3-1 by Italy at the Calcutta South Club here.
Chatterjee further said Pakistan will decide the venue and the surface by June 25 and send the nomination to India, after which the AITA will arrange for visas for players and coaching staff.

This is an away tie for India since the last time the two nations had met in Mumbai. India had then won the tie 3-2. Before that, India and Pakistan played at a neutral venue in Malaysia in 1973.

Current non-playing captain Mahesh Bhupathi was part of the team, which also had Leander Paes, Prakash Amritraj and Rohan Bopanna who is still part of India's plans. Bopana with doubles partner Divij Sharan won the only rubber against Italy.

“It’s a good draw for us. We would like to believe we are the stronger side. Prajnesh is doing well in the ATP challengers and Yuki (Bhambri) is recovering from injury. Ramkumar Ramanathan is expected to continue his surge. We will have three players inside top 150, which has not happened in the Indian tennis for a long time,” India coach Zeeshan Ali told IANS.

Ali did not comment on the team's Pakistan travel plan, saying they have no problem in playing anywhere and on any surface as long as they get the green signal.