Australia to field vs India in 2nd ODI 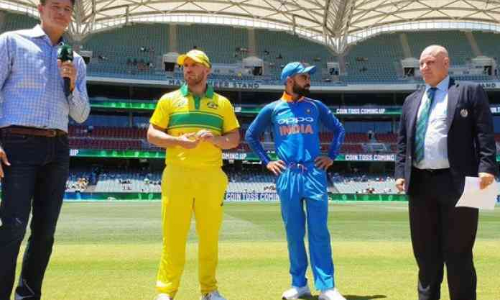 Nagpur, March 5: Australia won the toss and elected to field against India in the second One Day International here on Tuesday.

While hosts India are playing with the same team, Australia made two changes. Shaun Marsh and Nathan Lyon were included in the team for Aston Turner and Jason Behrendorff.