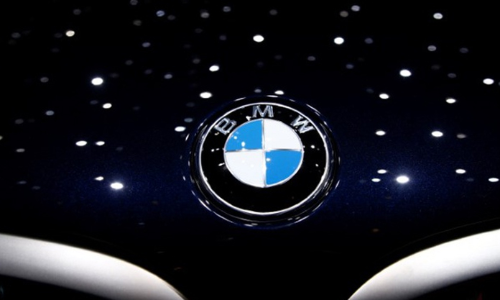 Daimler and BMW are teaming up to develop autonomous driving technology to cut costs and set an industry standard that can help to shape future regulation for selfdriving cars, senior executives said on Wednesday

Daimler and BMW are teaming up to develop autonomous driving technology to cut costs and set an industry standard that can help to shape future regulation for self-driving cars, senior executives said on Wednesday.

“It is a chicken and egg situation. Somebody has to standardize the technology and regulation will follow,” Klaus Froehlich, BMW’s board member responsible for development, said.

Spiraling development costs for self-driving cars have forced BMW and Daimler to team up to share the financial and engineering burden, executives explained at a press conference in Geneva.

With fully autonomous cars that lack drivers, manufacturers take on potential liability risks arising from accidents, pressuring the industry to clarify technological standards so that regulators can draw up rules.

“It is to push technology forward and to set standards already in generation two vehicles, and not just in generation four. We do not want to waste resources,” Froehlich said to explain the collaboration between the German automakers.

“We should not invent this complicated wheel twice. On the path to setting these standards, it makes sense to share some of these investments,” Daimler board member Ola Kaellenius said.

“Daimler started earlier working on autonomous driving; they have invested in fields of computer vision where the cooperation will benefit from this experience,” BMW’s Froehlich said.

The collaboration is designed to set standards and at a later stage other partners will be invited to join, the executives said.

“FiatChrysler is already a partner (with BMW). We want this partner in the future,” Froehlich said.

FiatChrysler Chief Executive Mike Manley said he would welcome an opportunity to continue collaborating with BMW on its next generation autonomous driving technology.