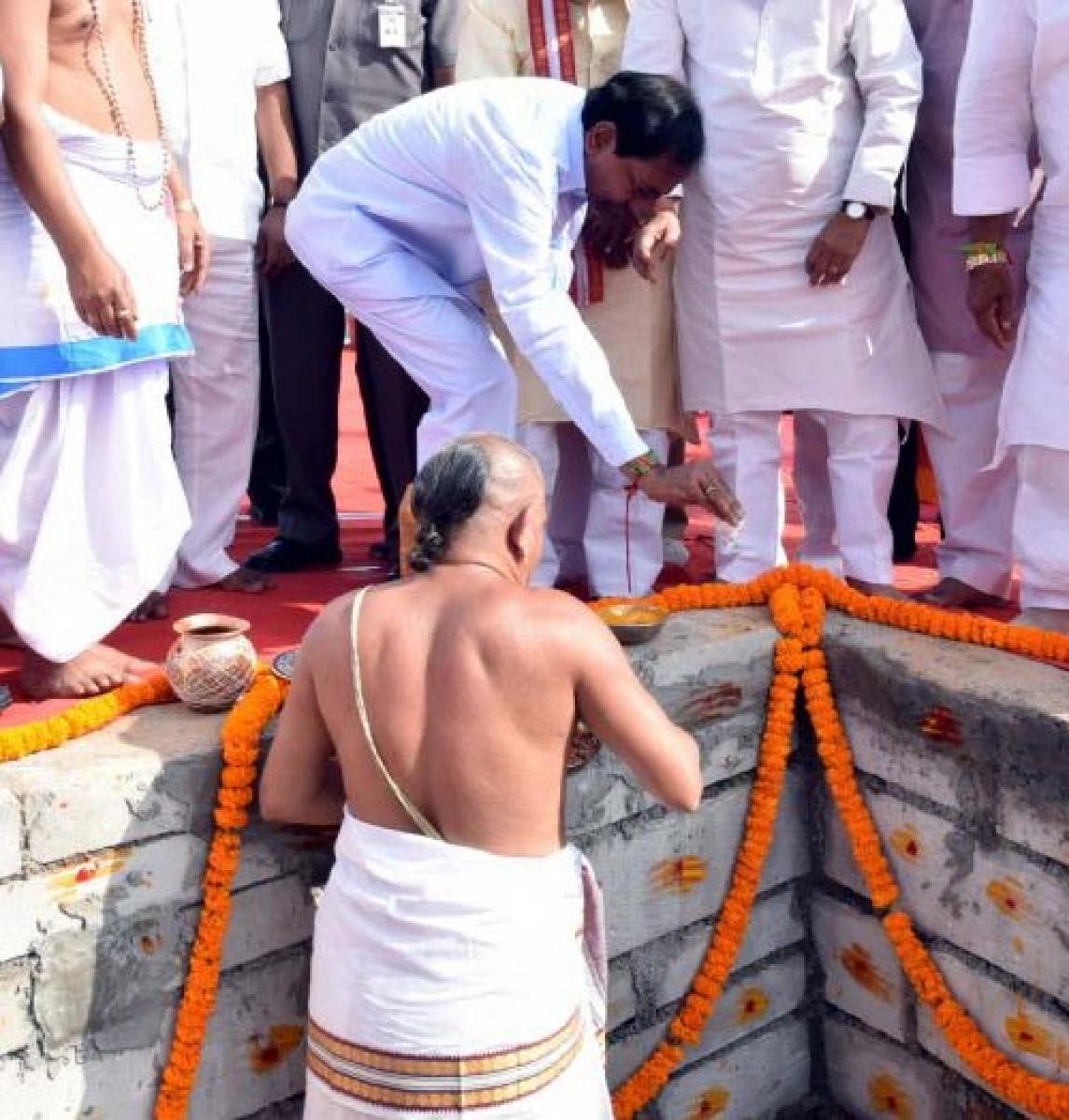 Nearly six lakh acres of land will be provided with irrigation water through this project.” Chandrashekar Rao further said that Khammam district would be the richest of all after the completion of the project with enormous crop productions and good yields. “The farmers who will lose their lands under this project will not only be given land in compensation but also double bedroom houses.