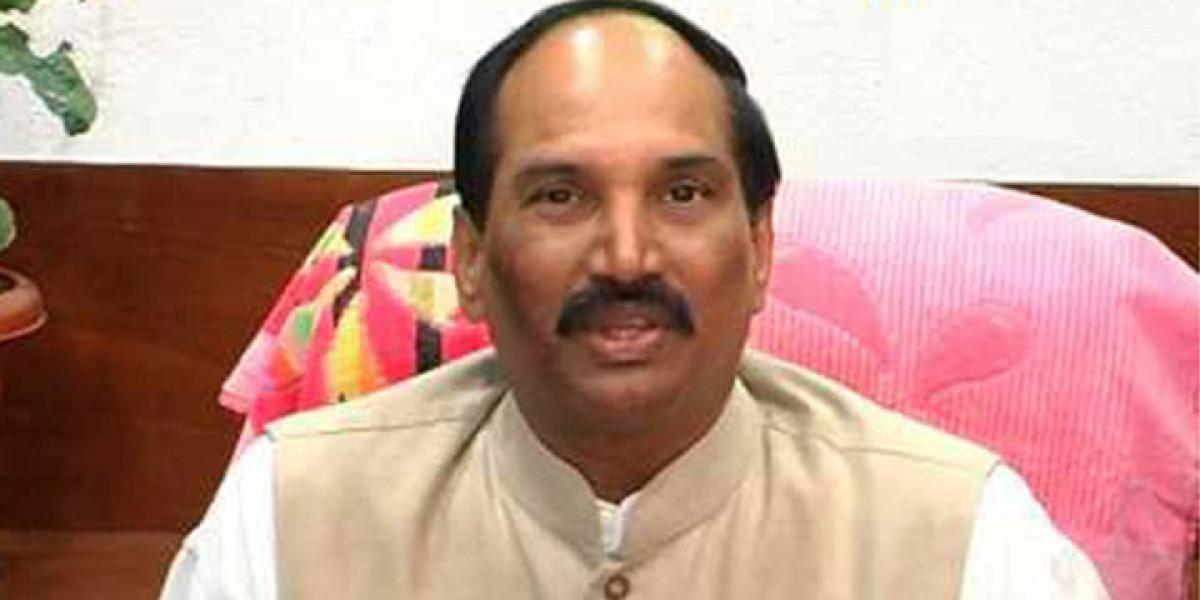 While condemning the arrest of students in the University of Hyderabad (UoH), the Congress blamed the State government on Wednesday for the sequence of events that unfurled over the past few days.

Hyderabad: While condemning the arrest of students in the University of Hyderabad (UoH), the Congress blamed the State government on Wednesday for the sequence of events that unfurled over the past few days.

Speaking to media persons at the Gandhi Bhavan on Wednesday, the TPCC President N Uttam Kumar Reddy alleged that police had illegally detained the students of UoH who protested on the campus on Tuesday. He said that the State government was targeting people and students who could raise their rational voice against government policies regarding youth and employment issues.

He said that his party would fight and struggle in support of students and would approach the Human Rights Commission at an appropriate time in this regard. The TPCC chief said that reinstating the UoH Vice Chancellor was the actual reason for violence on the campus. He wanted to know why the Centre was keen to reinstate a person who was responsible for the death of a scholar and violation of human rights.

"Instead of taking action against the VC under the SC/ST Atrocities Act, the government has reinstated him even as student groups are still protesting against the feudal behavior of the university authorities," he said. Reddy informed that students detained by police on Tuesday were not shown as arrested and their mobiles were snatched. Their parents were also not informed.

Rajya Sabha MP V Hanumantha Rao said that the BJP-led government was creating an atmosphere of mistrust among students and jeopardizing the law and order situation. He said that if KCR was serious about creating a peaceful atmosphere, he should write to the Centre demanding the immediate recall of the VC and allow the case to be investigated in a fair manner.

Meanwhile the CPM politburo condemned the lathi-charge by police. It stated that instead of proceeding on the registered cases against the VC, the Telangana State police resorted to brutality against students. "This is an affront to the constitutionally guaranteed fundamental right of organising protests against the patent injustice promoted by this newly appointed VC," it stated.

Lashing out to the police for their brutal action, the CPI Secretary K Narayana expressed his anguish over the deployment of paramilitary forces inside the university campus. “Is it a university or a police camp or an educational institution?” he asked.