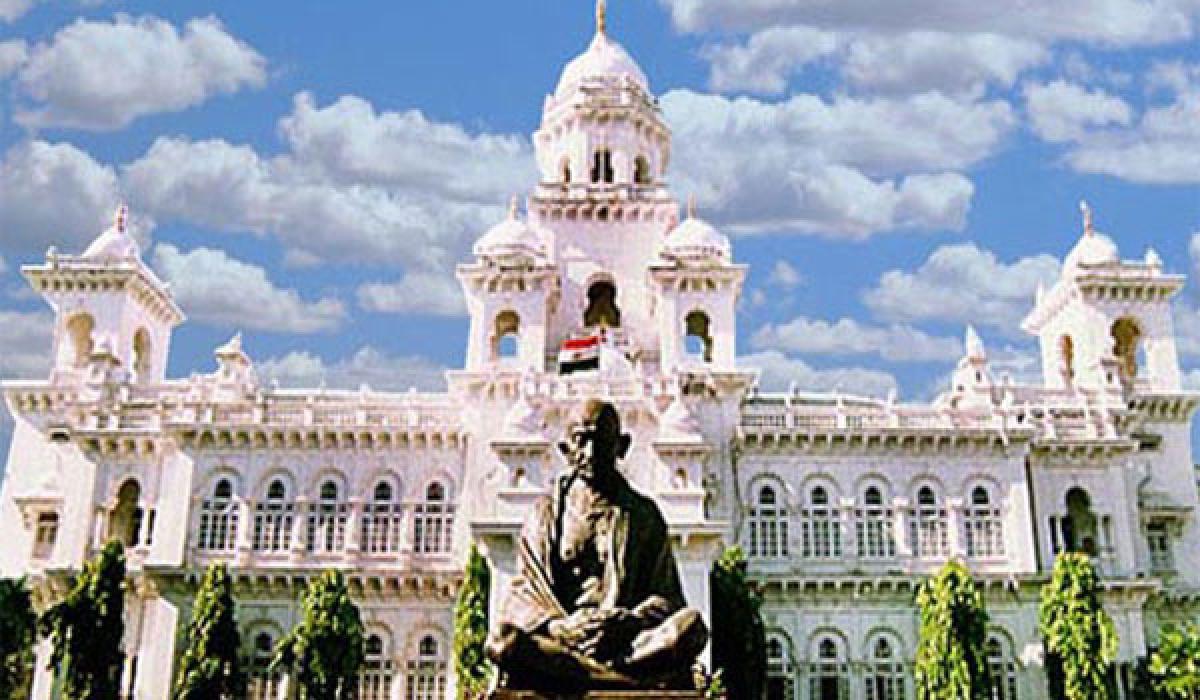 Hyderabad: It was a day of `war of words’ between the Congress and TRS party on Sunday. While the Congress and TDP leaders said that they would intensify their agitation in support of the chilli farmers, the TRS maintained that the Congress party is responsible for the present situation.

Riled by Congress trenchant criticism of their government's policies and programmes, TRS members stridently struck back against its detractors. Accusing the Congress members for raising an accusing finger at the ruling party at the drop of a hat, TRS castigated the Opposition members particularly those from Congress, for shedding crocodile tears for farmers. Ruling TRS lawmakers alleged that Congress members are trying to create a mountain out of a molehill, by misguiding the crestfallen farmers. They accused Congress members of having no love for democratic niceties and hence holding the Assembly sessions to ransom.

Addressing the Media at the Legislative Party office, several ministers lambasted the main opposition party of politicising the issue. They said the Congress party was causing hurdles for construction of various irrigation projects in Telangana and is now trying to block the amendments to Land Acquisition Bill. The ministers said the Congress party leaders had filed 38 cases in the courts obstructing the land acquisition process for the projects.

Once the bill gets Centres nod, all the pending petitions in the courts would become null and void. Hence the Congress leaders want to stall the bill, the ministers alleged. The agitations taken up by the Opposition parties are not because of their love towards farmers. They fear that their political existence would be at stake if the government completes the projects, the ministers charged. The amendments to the Land Acquisition Bill were only to simplify the procedures for land acquisition for projects and to ensure that farmers get maximum benefit, the ministers claimed.

The ministers said in the undivided Andhra Pradesh, about 35000 farmers had committed suicide between 1997-2014. Hence, neither Congress nor TDP has any right to speak about the farmers’ problems. The Congress party leaders had taken away huge chunks of land in the name of SEZs at a throw away price and cheated the farmers in the past.

Meanwhile, Roads & Buildings Minister Tummala Nageswara Rao said that the farmers themselves would give a reply to Congress leaders soon. He said that the Bill would be crucial in expediting the construction of irrigation projects in the state.
Tummala also claimed that the CCTV footage of violent incidents at Khammam Market Yard indicated that those involved in the incident were TDP and Congress activists and not farmers.