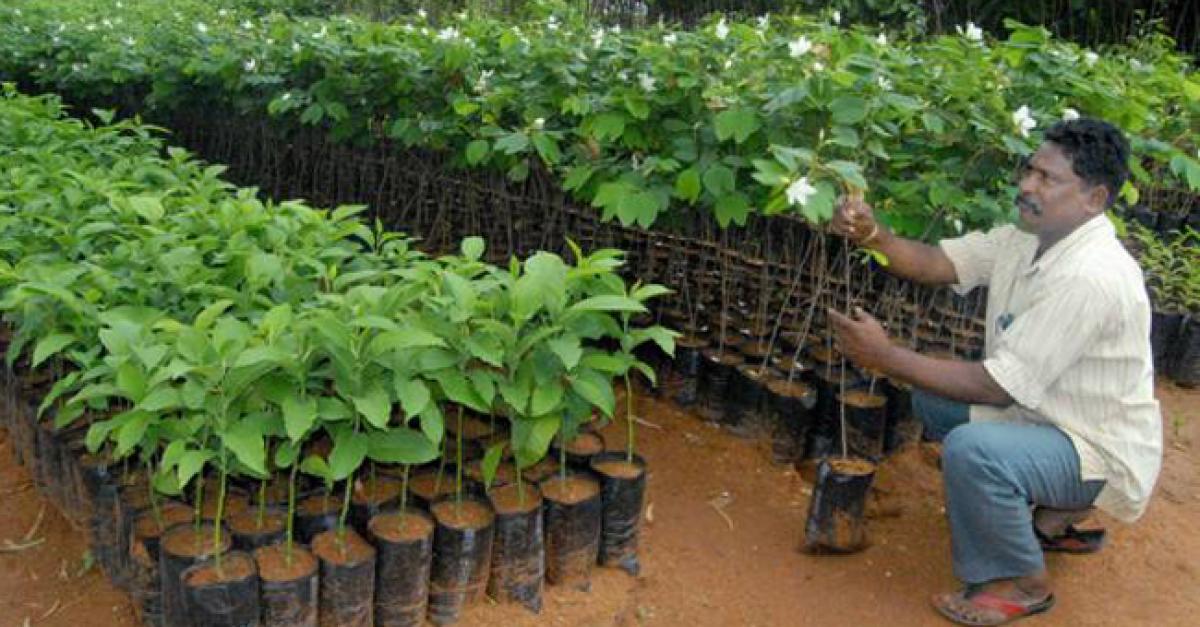 Mahbubnagar: Mahabubnagar district authorities are planning to grow more than 1.97 crore plant saplings as part of the fourth phase of the Haritha Haram programme in the district.

Accordingly, the district administration has given clear directions to the concerned departments of Forest, District Rural Development Authorities (DRDA), and Panchayat Raj to dig pits for the same and asked each department to chart out a clear action plan to ensure the fourth phase of this mega tree planting project become a success in the district.

“As part of the fourth phase of Haritha Haram programme, we have already started preparations and have set a target of 1.97 crore saplings across Mahabubnagar. Accordingly, we have directed all the concerned departments to prepare a clear cut action plan so that the entire drive of Haritha Haram becomes a grand success on par with the previous drives,” informed Ronald Rose, district Collector of Mahabubnagar.

“Already there are 185 nurseries ready with the required number of saplings. Currently the process of digging the pits is going on and soon we will launch the programme to sow the targeted number of plants,” he added.

While addressing various district Collectors during a video conference on Tuesday, Principal Secretary Sailendra Kumar Joshi directed them to ensure everything is put in place as early as possible to launch the programme in the next one or two days.

As the rainy season is normal this year, the principal secretary has advised the Collectors to ensure that the plantation programme is launched as early as possible and advised them this is the apt and right time the plantations must be carryout without any delay.

“Plantation carried out in the rainy seasons has the greater potential to sustain well. So Collectors must ensure that no delay in plantation programmes happen in their respective districts,” observed Sailendra Kumar during the video conference.

The State government has also set a target of planting 100 crore plantation in the fifth phase. For this necessary plant saplings are being reared in 3,560 nurseries across the State. For the fourth phase, already 10 districts have completed the land identification process for taking up the plantation, however remaining 21 districts are yet to indentify the lands to meet their target requirements of plantation.