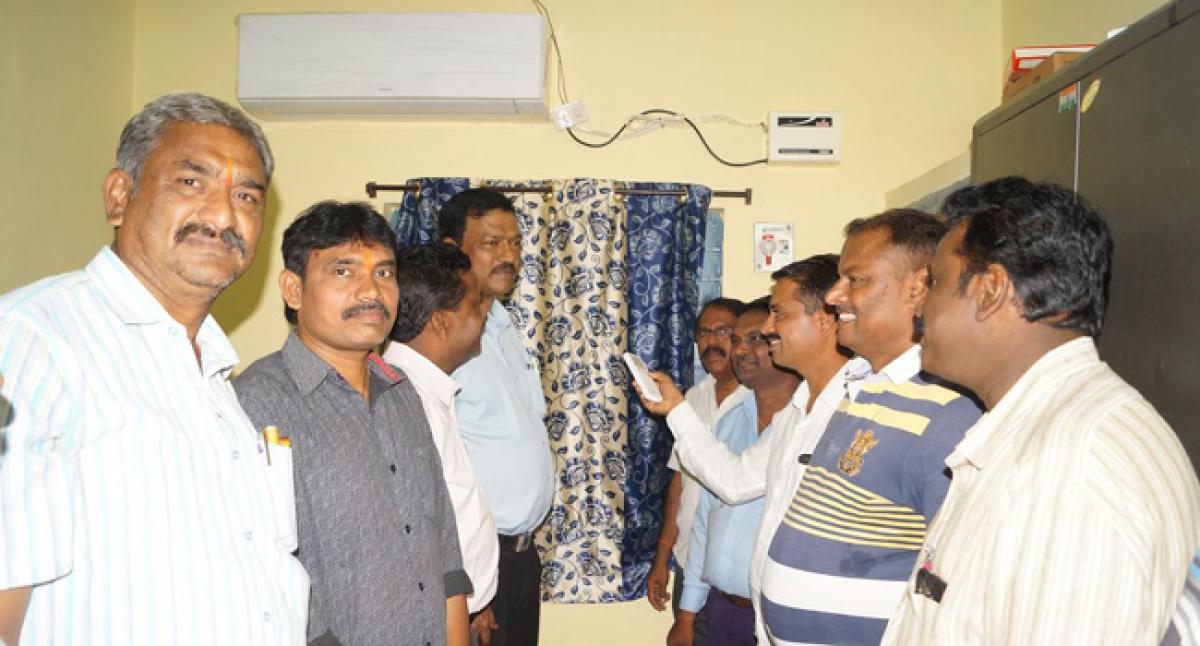 Kothagudem: Keeping its words of providing better living conditions to its workers, the SCCL installed ACs in the miners quarters on Tuesday. The Special Officer to General Manger R.Narayana rao on Tuesday supervised the installation of ACs in the workers quarters at Rudrampur in Kothagudem area. He also inspected the quarters during his visit.

He said the promise to the workers made by the management for this facility is now fulfilled. The management had received 84 applications from the workers in this regard. AGM Personal P.Srnivas and Engineer Damodher and other officers were present on the occasion.