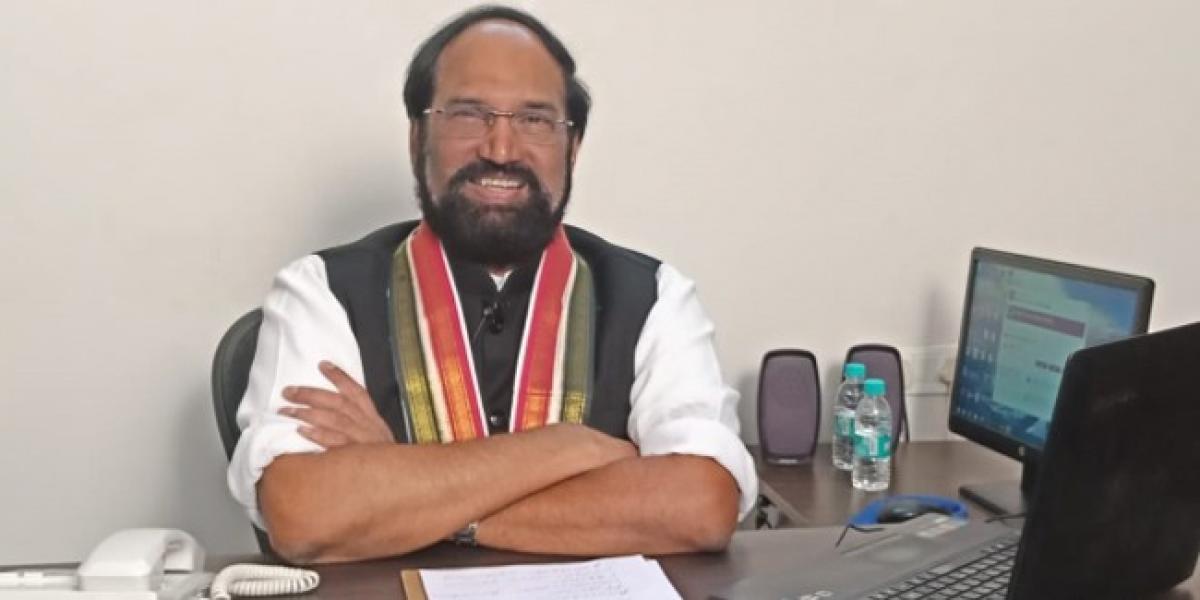 Addressing the media late in the evening after the end of speech of Chief Minister K Chandrashekar Rao at Pragati Nivedana Sabha at Kongara Kalan near here, Uttam Kumar Reddy said the TRS public meeting has flopped.

He said the Chief Minister’s speech also failed to evoke response from the people as he failed to tell what he has achieved from June 2, 2014 to September 2, 2018. Criticising the Chief Minister for alleging that the Congress has been hindering construction of projects by filing cases in the courts, Uttam Kumar Reddy sought to know whether the courts are banned institutions.

He said as the government has been taking away lands by force, the farmers have been knocking the doors of the courts for
justice. Uttam Kumar Reddy said that it was the TRS which has been making ‘Chamchagiri at Delhi’ (appeasing the Delhi bosses) and not the Congress.

He alleged that the state government has mortgaged the interests of the state to Delhi as it failed to get the promises being made in the AP Reorganisation Act like establishment of steel factory at Bayyaram, ITIR and coach factory at Kazipet.

Uttam Kumar Reddy wanted the media to question the government whether it has kept its promise on Mission Bhagiratha. “In 2014, in the Assembly, the Chief Minister said that he would provide tap water to all the households in three years and would not seek votes if he failed in it. The time has ended in 2017 itself. By that time even 10 per cent of the households did not receive the benefit of Mission Bhagiratha,” he said.

He alleged that during the tenure of TRS, about 5000 small and medium industries were shut down as per the official statistics. He said that there was nothing great in giving jobs to the locals up to 95 per cent through the zonal system and said that they were not provided in private sector. “The Chief Minister is boasting that he has made the Prime Minister to yield to his demand for zonal system.

But there is nothing great in that,” he said. Reddy said the announcement of the Chief Minister that he would enhance the social security pensions was a victory of the Congress. This was made bowing to the demands of the Congress. He said that the government should extend pensions to second person in a family and should reduce the age for old age pension from 65 years to 58 years.

The TPCC chief criticized that the TRS government made Telangana number one in consumption of alcohol and in corruption. The irrigation engineers themselves have been criticizing that the detailed project reports of the government were bogus. The government has been bluffing on providing irrigation facility to one crore acres.

He alleged that the government has splurged Rs 300 crores for the Pragathi Nivedana Sabha with the ill-gotten money. He said that neither the Chief Minister nor his family members own a business which could supply so much of money.