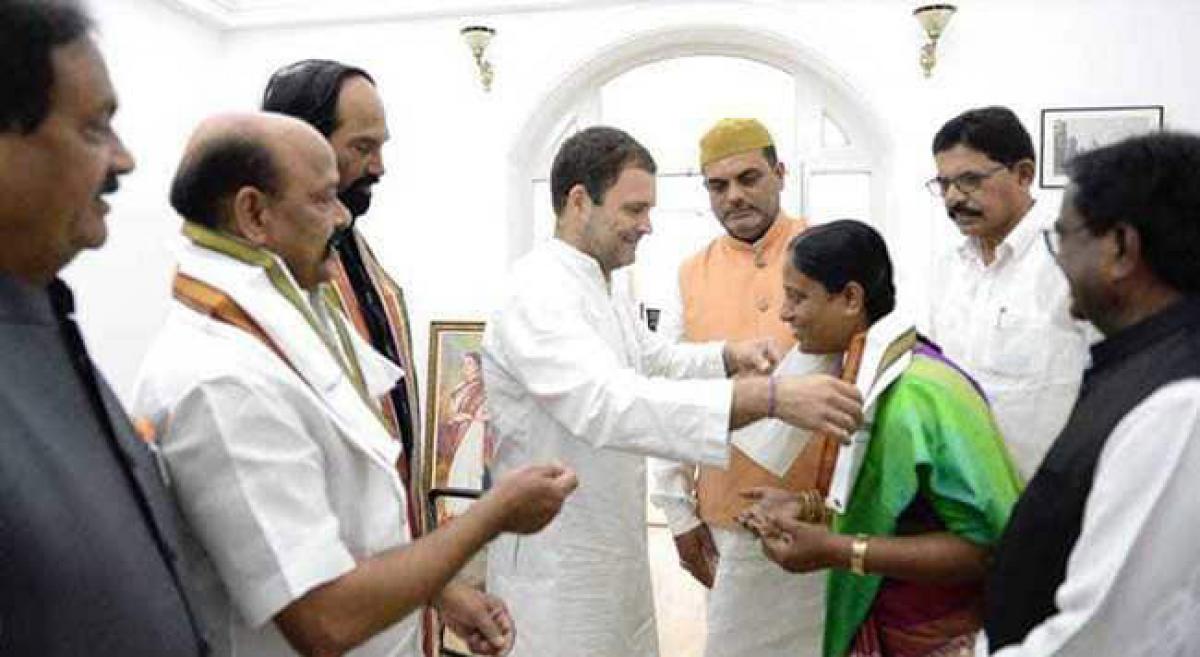 As the Konda couple returned to the Congress, the party is expecting a turnaround its fortunes in the north Telangana region particularly in Warangal district

Hyderabad: As the Konda couple returned to the Congress, the party is expecting a turnaround its fortunes in the north Telangana region particularly in Warangal district.

Senior leaders of TRS Konda Surekha and her husband Murali have joined Congress party on Wednesday in the presence of AICC president Rahul Gandhi at New Delhi.

Rahul Gandhi invited Surekha and her husband by offering party scarves. Earlier, Konda couple had a meeting with AICC general secretary Gulam Nabi Azad and they joined Congress party, according to sources, only after getting clear assurance on tickets to them.

Speaking to the media, Konda Surekha said that their aim was to bring the Congress party to power by defeating the TRS in the next elections. She made it clear that they joined Congress unconditionally and alleged that the TRS has taken up false campaign against her only to shield their mistakes.

TPCC chief N Uttam Kumar Reddy said that the Congress party would be strengthened with the Konda couple’s joining with the party. He said that Konda family joined Congress party unconditionally and said that he did not discuss with them about the tickets. He informed that Surekha will tour entire state to campaign for the Congress.

Ever since Surekha expressed her dissatisfaction over the functioning of the TRS during the Assembly sessions in last year, it has been expected that she would join the Congress. Surekha has expected ministry in the TRS government cabinet and was disappointed as the Assembly has been dissolved without expansion of the cabinet.

Not announcing ticket to her during the announcement of tickets to the TRS candidates on September 6 was the last straw on the camel for her and she decided to leave the Pink Party.

Surekha considered to be an influential leader of Warangal district is capable of deciding the fate of five to six Assembly constituencies. She has a good following among the political leaders and common people of the district.