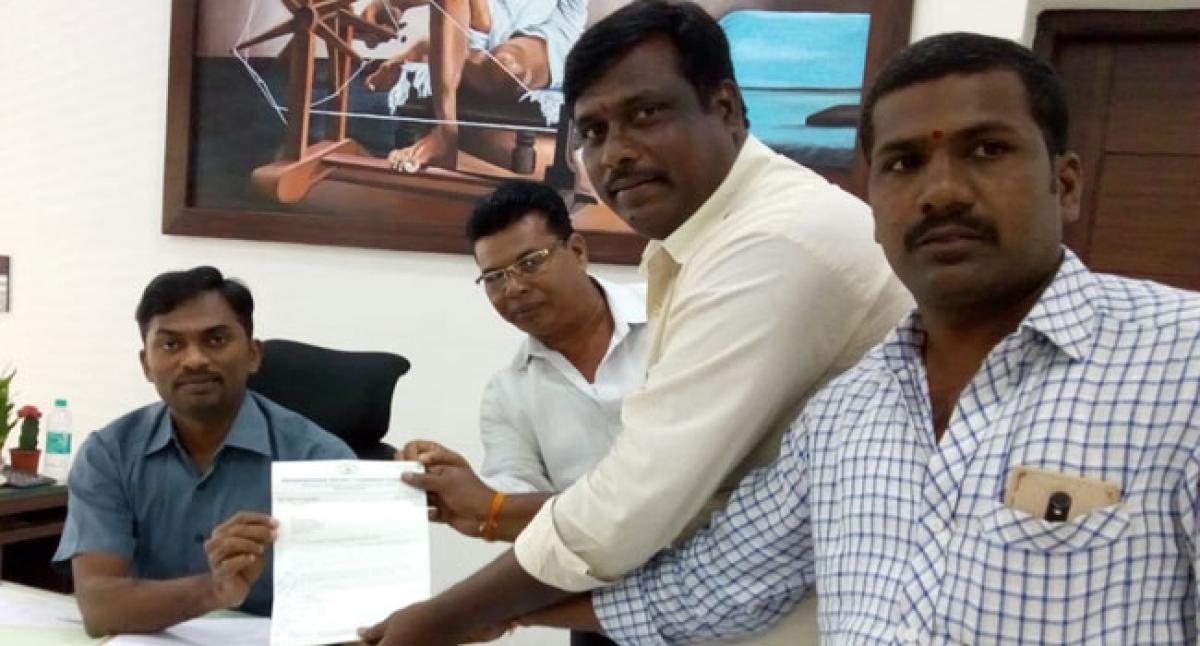 Mahbubnagar: Congress leaders of Mahbubnagar district lodged a complaint with the District Collector Ronald Rose against the TRS party leaders for violating the model code of conduct.

In their complaint, the Congress leaders said that the TRS leaders are using the government lands for setting up their party hoardings and also using the RTC buses for advertising their election campaign.

“As soon as the TRS government dissolved the Assembly, the election code has come into force. However, the TRS party leaders are violating it by using the government machinery for their election campaigning,” said Sai Baba, SC Cell district convenor of Congress party from Mahbubnagar.

“We have lodged a complaint against this with the district collector and the collector has assured that he would take necessary action to ensure no such violations takes place further,” he added. Congress town president Idrish, JCR mandal youth Congress president, Kurva Naresh, Mujeeb and others were present on the occasion.