Vote for TRS to receive benefits of govt schemes: Lingala 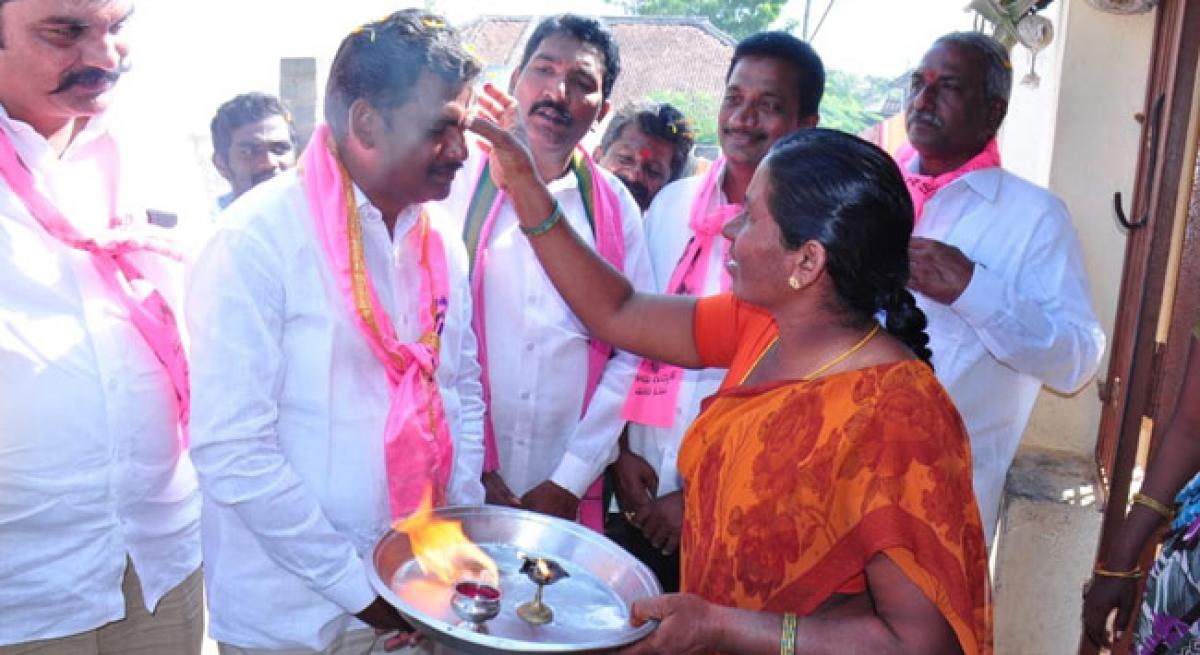 He appealed to the villagers to cast their valuable votes to the TRS to continue to receive benefits of the welfare schemes introduced by the TRS government.

Alleging that the sitting MLA Mallu Bhatti Vikramarka ignored the constituency, Lingala said being the MLA for more than nine years he did nothing for the development of Madhira. Even he did not take any measure so that the people can utilize the government schemes.

hatti never been available to the people and moreover created hurdles and tried to stall the developmental works in the constituency, he added.
He appealed to the people to bless Chief Minister K Chandrashekar Rao for the second time as he is striving hard for the all-round development of Telangana.