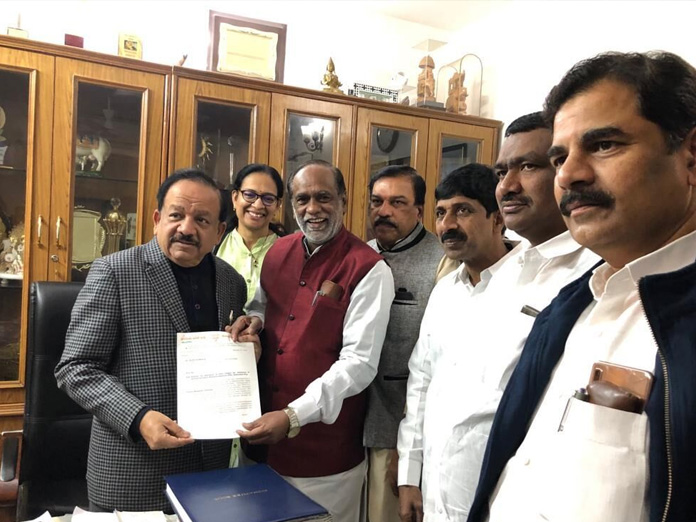 The BJP president in a representation submitted to Union Minister for Civil Aviation Suresh Prabhakar Prabhu said that Hyderabad is the sixth largest metropolis in the country and home for several premier educational institutions, information technology companies.

In view of Air Force Academy, Dundigal, Air Force Station, Hakimpet, Central Training Establishment at Balanagar, College of Air Warfare at Secunderabad, International Airport at Shamshabad, there is a lot of scope for establishment of Aviation University in the city, he added.

The former BJP MLA said that Air India has already installed a new second A320 simulator costing about Rs 65 crore at the Central Training Establishment (CTE) at Balanagar (Begumpet, Old Airport) last year for training pilots and is also in the process of having an exclusive ATR simulator in the same premises.

It was against this backdrop, setting up an Aviation University will help in providing short and long-term diploma courses in training and management and Air India can also open up its simulators and other training facilities for private airlines.

In another representation submitted to Union Environment, Forests and Climate Change Minister Dr Harsh Vardhan, Laxman said that the Institute of Forest Biodiversity, Hyderabad (IFB-H) was established as a Forest Research Centre during the year 1997 at Bahadurpally village of Medchal District in the State and the same had been upgraded to the level of a Forest Research Institute. Further, the Institute has widened its research activities in the field of biomass estimation and carbon sequestration in addition to its conventional research activities.

The Institute has been able to draw attention and support of prestigious national and international organisations like the World Bank, ICRISAT, NRSA, HMDA and NMPB. But, unfortunately, of the Rs 5.13 crore budgetary allocations to the FRI-H, a meagre Rs 2 lakh is left for training and Rs 29.20 lakh for research, after meeting the salary bills of the employees, he added.

To make optimum use of the institute’s potential, he asked the Minister for additional budget allocation to the maximum possible extent. Similarly, the delegation met Union Minister of State for Tourism Alphons Kannanthanam and sought to take necessary steps for the development of several Buddhist centres in the State. Laxman said that Phanigiri in Suryapet district, Kotilingala in Jagityal District, Dhoolikatta in Karimnagar district, Buddhavanam in Nalgonda district, Nelakondapalli in Khammam district, Badankurthi in Adilabad district, Korukonda in Warangal district are among those identified as prominent places of Buddhist culture and heritage in Telangana.