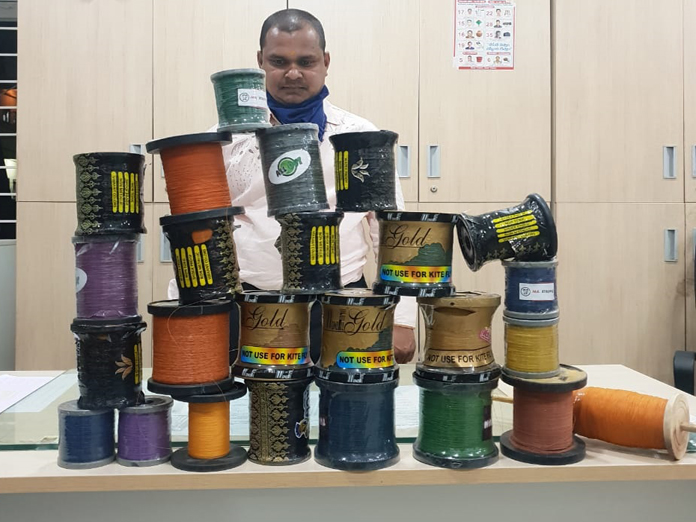 On the other hand, the Central Zone task force sleuths raided a shop at Lower Dhoolpet in Mangalhat police station limits and apprehended Raj Kumar Singh (37) for illegal selling of banned Chinese manja and seized Rs 25,000 worth material from his possession. Police said the accused violated the orders of Environment, Forests, Science & Technology Department.