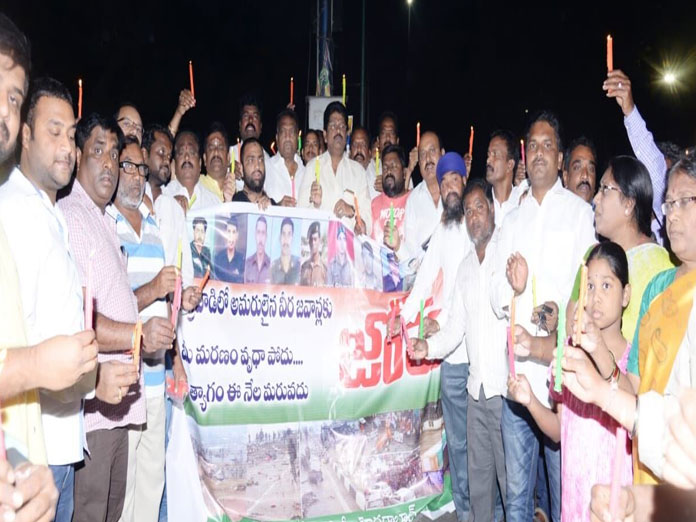 He said that people should get ready to drive away such anti-national elements from our nation. He expressed his profound sympathies towards the families of the martyrs. President of the state BC cell Kuna Venkatesh Goud said that the citizens of the nation were in severe pain at the incident in Kashmir and urged all irrespective of the political affiliation to come forward to condemn such heinous actions. He also prayed for their souls to rest in peace.