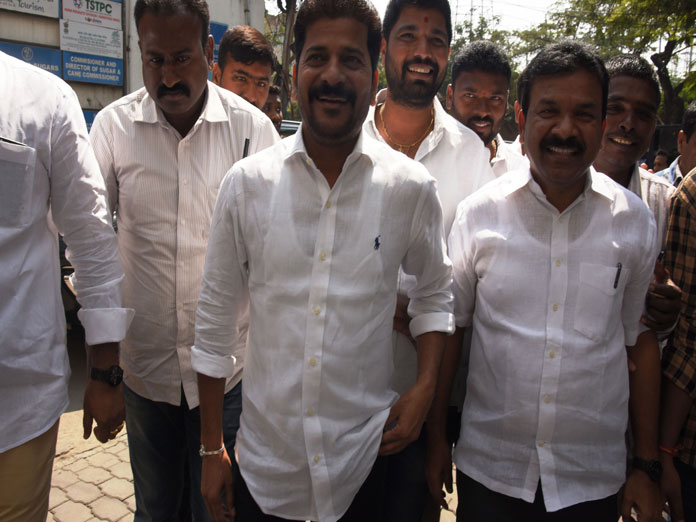 Hyderabad: TPCC working president A Revanth Reddy appeared before Enforcement Directorate (ED) officials in Basheerbagh on Tuesday in cash for vote scam. The ED officials quizzed him from 11:30 am to 7:30 pm for about eight hours and inquired him about the Rs 50 lakh which was given to nominated MLA Elvis Stephenson during the MLC elections. They also quizzed him about Rs 4.5 crore which Revanth Reddy had promised to pay to Stephenson.

They inquired him about the bank transactions made by him. The inquiry was based on the charge sheet filed by the Anti-Corruption Bureau officials. The officials already questioned another Congress leader Vem Narender Reddy and his son and Revanth’s aide Udayasimha and sought clarifications from them. Earlier a case was registered against him in connection with the cash for vote scam on May 30, 2015.

He alleged that by colluding with the Central government, the Telangana State government targeted him and his family members. Revanth Reddy slammed the TRS by alleging that they had misused ACB officials in MLC elections, Income Tax officials in Assembly elections and ED before Parliament elections.