Keesara temple gets ready for Sivaratri 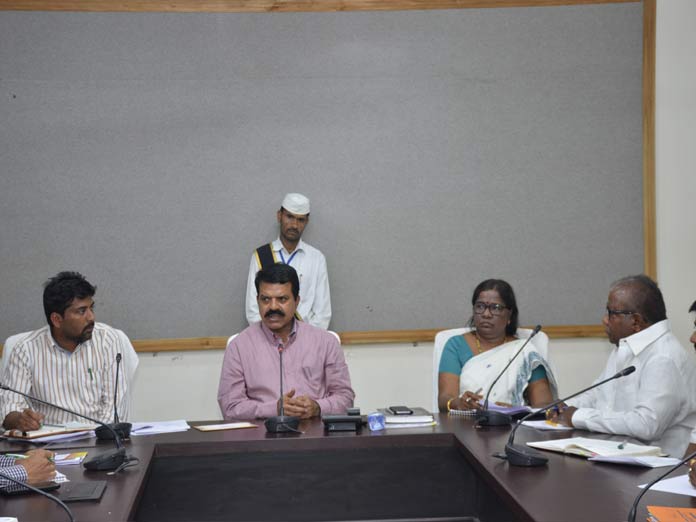 Keesara: District Collector MV Reddy on Monday reviewed arrangements for Brahmotsavam to be organised on account of Maha Sivaratri here. He directed officials concerned to make arrangements to see that no devotee faced difficulty during the six-day event starting from March 2.

Reddy directed the officials concerned to complete works on war footing. He asked officials to switch to centralised marking, barricading and maintain clean surroundings from ORR to temple premises.

The Collector directed officials concerned to ban sale of liquor and tobacco on temple premises. Reddy directed sectoral officials to organise the celebrations in a peaceful manner.