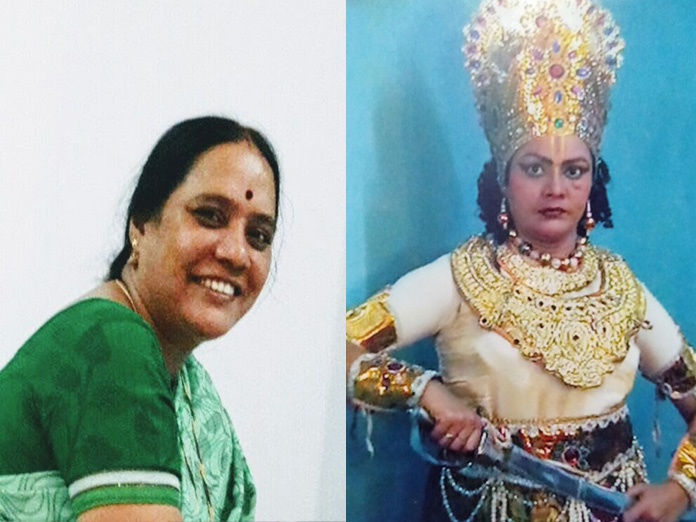 Hailing from a traditional Kuchipudi dance family, Pasumarthi Sreevalli says her strength is in being simple and effortless in her approach with a natural flair for dancing

Hailing from a traditional Kuchipudi dance family, Pasumarthi Sreevalli says her strength is in being simple and effortless in her approach with a natural flair for dancing.

Speaking to 'Womenia', Sreevalli said that she had travelled across India and gave over 1,500 dance programmes. Some of the key roles performed by her were Bhama in Bhamakalapam, Bala Gopala Tharangam, Parvathi and Ratidevi in Girija Kalyanam, Kaika,Sabari, Bharatudu in Ramayanam, Vidhurudu, Dhrutarashtrudu in Bhagavatam, Leelavathi in Bhakta Prahlada.

She has quite a few awards to her credit like Visishta Ratna and holder of Telugu World Records. She is now in the race for Guinness world records and is titled "Natya Bharathi". She has imparted training to scores of students and many of them are illustrious artists.

Pasumarthi Sreevalli, who has done Diploma in Kuchipudi and Bharatanatyam Dance, has been performing and teaching dance for more than three decades. She is currently with Sri Kuchipudi Natya Mandali, Kaikaluru as Principal in-charge.

Sreevalli said the youth, who want to become good performers need to watch and learn the traditional art form. Talking about the city’s patronage of the arts, she said, "Vijayawada has always been a place where tradition and culture are supported in a big way. But the present- day infrastructure and traffic bottlenecks put off many a connoisseur of art. The travel time to reach any programme is a nightmare. We do not have smaller spaces for performance. There is lack of ‘black box theatres’ which can give more aesthetic performance spaces for all artists."

Out of the major Indian classical dance forms, Kuchipudi is one of the dance forms originated in Kuchipudi village of Andhra Pradesh. Kuchipudi is a dance-drama performance, with its roots in the ancient Sanskrit text of Natya Shastra, which is developed as a religious art linked to traveling bards, temples and spiritual beliefs, like all major classical dances of India. Sreevalli is one among the noted dancers trained in the traditional classical format in Andhra Pradesh.