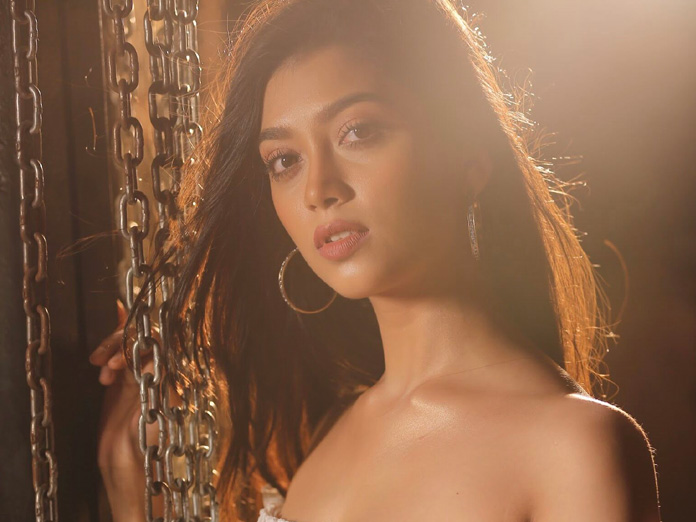 Digangana Suryavanshi the actress who is famously known for her appearance in Hindi television soaps, is all set to appear in the Telugu film industry and is in Hyderabad for an ongoing shooting of the film named Hippi, which is directed by TN Krishna The actress, who is also an author and model, shares the reason for her entry into the acting world, her plans and interests during an exclusive

Digangana Suryavanshi the actress who is famously known for her appearance in Hindi television soaps, is all set to appear in the Telugu film industry and is in Hyderabad for an ongoing shooting of the film named ‘Hippi’, which is directed by TN Krishna. The actress, who is also an author and model, shares the reason for her entry into the acting world, her plans and interests during an exclusive interview.

On asking her about the movie that she is working on ‘Veera’(Star Plus) fame actress says, “We are shooting for really long hours and it is a good team to work with. This is my debut in south and it is the fourth film I am working in. For my first Telugu film, I am enjoying the whole filming part; we shot in Sri Lanka, Chennai and Hyderabad. It is something that I am really looking forward to.”

“It’s is going to be very entertaining. Every scene is shot beautifully and everyday that we shoot, no matter how busy the schedule, the excitement is still there. I never felt that I am not in my comfort zone when I work in a Telugu film. The only difference is the language that I don’t understand. Yet, I do my own lines,” she adds. About coping with the language, she says, “I look at people’s expression and understand what they are trying to communicate (laughs).”

Taking about her interests apart from acting, she says, “I like to write, dance and sing. Dancing is a great cardio for me, and it keeps me engaged. I like skating; I have been learning a few sports skills lately. I am so much into horse riding but its only on Bombay I go for horse riding. I like badminton; infact, I used to take my racket to my sets and play…that’s how much I like it.”

Digangana, who is from Bombay always aspired to be an actor is very much happy with what she is doing. “I still continue to study even though I started off with my acting career. I have just completed my B A second year exam and very soon I will be a graduate. I think that studying is also important when you work. “

The actress who has been giving her best in the acting career is also an author. “I wrote a novel which is a love story and also a book of lyrics. ‘Waves - The Endless Emotions’ and ‘Nixie the Mermaid and The Power of Love’ are the names of the books that I have written. We have a lot of definitions of love these days and they are so scattered and it is not what it looks like. People have stopped speaking about what love really is and so I wanted to share such kind of things in my book. The lyrical book is something that I have written about what I feel.”

Diganagana, who started working with the film industry wishes to work with Vicky Kaushal and Ranveer Singh as they have worked hard to reach where they are. She also mentions that they are very good actors. “Salman Sir is somebody that I dream to work with, and I hope that too happens. “ By default, she wishes to work with Rajinikanth, and Cheeranjeevi from the South film industry and she cannot think of anyone.

Talking about her future projects she says, “There are a few things coming up. Sometimes the most unexpected thing is to be expected. I am looking forward to what is coming next.”